Lithium ion batteries are used in electric vehicles and portable electronics. This battery is rechargeable in nature. It makes use of lithium ions to act as a key component for its electrochemistry. These batteries are becoming more and more popular in military and in aerospace applications.

The technology for this battery was developed by Stanley Whittingham, John Goodenough and Akira Yoshino. All three were awarded with the Nobel Prize in Chemistry in 2019 for their work. These batteries are also used in a lot of electronic applications such as mobile phones, smart phones, laptops, tablets and power banks. 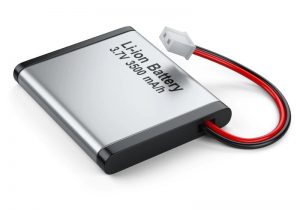 The technique developed by the researchers from IIT Guwahati can prove to be very important when it comes to lithium ion batteries. This technique helps to precisely estimate the SOC of the battery. SOC stands for the State of Charge.

Speaking about this topic, Professor Majhi from IIT Guwahati said, “The knowledge of remaining capacity helps optimize a battery’s capacity utilisation, prevent its overcharging and undercharging, increase its lifespan, reduce cost, and ensure the safety of the battery and its surroundings.”

Professor Majhi further added, “The EVs are becoming the most suitable alternatives to the conventional fossil fuel-based vehicles. The battery acts as the prime energy source of electric vehicles. The precise estimation of SOC that cannot be directly measured by any sensor plays a vital role for their efficient operation.”

SOC is considered to be one of the most important battery internal states. It shows what is the current capacity of the battery in use and for how long it can be used before it gets fully discharged.

SOC has been considered to be one of the most difficult item to predict when it comes to lithium ion batteries. This research has proposed a technique which helps to avoid overestimation. And this in turn helps in taking the accurate measurements. This improves the batteries lifespan and helps to reach its optimal level of capacity.

In the present time, most of the electric vehicles (EV’s) make use of the lithium ion batteries. But it has been found out that they are gradually reaching their theoretical limits. The batteries are now capable of providing just 300 watt per hour kilogram amount of energy.

Lithium ion batteries are considered to be vital because there is a possibility that they will be instrumental in helping build a fuel free society. These batteries are capable of that as they can store solar and wind power too. But these batteries will often start gradually losing their capacity over a period of time.

There are already studies taking place in order to find better alternatives for lithium ion batteries. Johns Hopkins Applied Physics Laboratory, in the year 2019, were able to develop a lithium ion battery that does not catch fire.

Lithium ion batteries are made out of flammable and combustible materials. Hence, once they are overheated or are exposed to high voltages they might be prone to damage. Their short life cycle makes commercialization very difficult for them.

With that being said, lithium ion batteries are always considered to be a better alternative due to their low carbon emission, low self discharge rate, minimal maintenance cost and their high energy density.