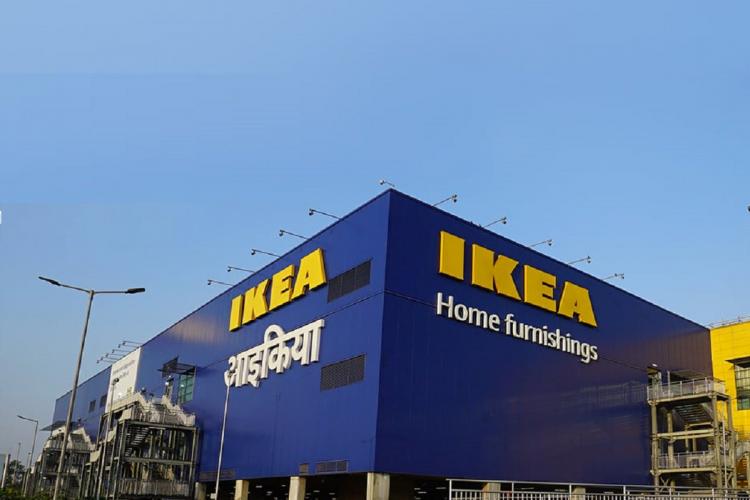 Jester Brodin, CEO of Ingka Group (Ikea), on Wednesday, met Chief Minister Basavaraj Bommai at the World Economic Forum meeting in Davos and held discussions in the backdrop of an Ikea store being opened in Bengaluru.

The Ikea store (furniture) is set to be inaugurated at Nagasandra in June and Mr. Brodin invited the Chief Minister to the event.

The India head office of Ikea is in Bengaluru and issues related to the extensive use of bamboo and other locally available raw materials in the making of furniture came up for discussion during the meeting, according to a release from the Chief Minister’s Office.

“I am pleased to announce that @IKEAIndia will be opening their flagship store in Nagasandra in June 2022. We are also in talks with the organization to encourage local manufacturing, thus boosting employment and economic growth,” Mr. Bommai tweeted later.

I am pleased to announce that @IKEAIndia will be opening their flagship store in Nagasandra in June 2022. We are also in talks with the organisation to encourage local manufacturing, thus boosting employment and economic growth. #KarnatakaAtDavos #BuildForTheWorld @wef pic.twitter.com/SXQDlri96N

The Bengaluru store would be IKEA’s third in the country after Mumbai and Hyderabad. It is spread over five lakh sqft and would employ 800-1000 direct workers and another 1,500 indirectly. The store in Nagasandra is expected to attract more than 70 lakh visitors every year.

The Chief Minister’s office said in a statement, that the IKEA store (furniture) is set to be inaugurated at Nagasandra in June and Brodin invited Bommai to the event.

Also, Bommai suggested Axis Bank to take up the up-gradation of some of the engineering colleges and universities in the State under its corporate social responsibility(CSR) programs.

He met the Managing Director and CEO of Axis Bank Amitabh Chaudhry in Davos and held talks on investment opportunities in Karnataka.

Stating that there are ample opportunities for Axis Bank to take up various projects in association with the State government. Bommai suggested the Bank chief to take up the up-gradation of some engineering colleges and universities in the state under the bank’s CSR programs. Axis Bank is India’s third-largest bank in the private sector.

The bank is providing financial services for small, medium, and large businesses, farmers, and small businessmen. It has over 4000 branches in India. It has branches in Singapore, Hong Kong, Dubai, and many other countries.

The Chief Minister, who met the head of Nokia, suggested making good use of the opportunities in Karnataka for the manufacture of telecommunication products.

Founder of Indiaspora in the USA, M R Rangaswami, Chairman of Indorama Corporation in Singapore Prakash Lohia, Managing Director of Hitachi Japan Bharat Kaul, Chairman of VPS Healthcare in UAE Shamsheer Valayil, were among those who attended the meeting.