India’s antitrust body, the Competition Commission of India (CCI) has commenced an investigation on the trustees of various banks of India including the likes of State Bank of India (SBI), Axis Bank and IDBI Bank as the trio have been accused of collusion of fees.

According to Indian law, companies that raise funds are legally required to hire a third party firm as a trustee to make sure operations are going in such a way that benefit the investors. Any company that gives returns to investors is a company that is healthy and growing steadily.

These trustee firms get paid by the company being financed and make sure the company is running smoothly to protect the interests and investments of the funders.

The banks that are currently under probe, are big players in the banking and finance industry of India that handle billions of dollars on the daily and are responsible for the savings, earnings and livelihood of millions of Indians. These banks handle billions of dollars in funds related to the banking, agricultural, tech, and so many other fields that are the pillars of the Indian economy and enable the country to function in a smooth way.

The government organisation has started probes after they came to know of the three banks upping increasing the payment for the third party firms by a considerable amount therefore ruining the equilibrium price, destroying healthy rivalry, and not allowing smaller companies to raise funds and debt for their growth. 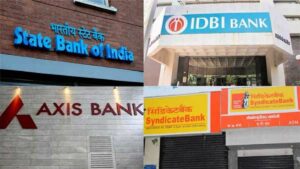 The trio of banks have denied any illegal actions and has even raised a case in the Mumbai High Court. They have described the antitrust probe as ‘illegal’ and ‘capricious.’ The court proceedings will commence on Thursday.

If the three banks are found guilty, there could just be huge consequences on not only the banking system of India but also the country’s economy as a whole.

A proof of guilt could also mean that the three banks would have to pay a penalty of three times the profit every year they paid the third-party firm or a fee of a tenth of yearly earnings for the years of fraudulent activities, whichever is more.

All of the banks have been quiet about the situation have not come out to give any public comments. The CCI are also legally not allowed to publicly discuss about their probes but it has been confirmed the investigation has started.