In response to an increase in complaints, the government has stepped in once more to ensure that consumer rights are maintained and that shoppers are not duped into purchasing counterfeit items online.
According to reliable sources, the consumer affairs ministry has once again ordered Amazon India to “enhance customer services, including complaint redressal,” and “sell genuine products.” 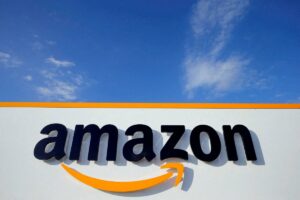 “The Consumer Affairs Ministry pulled up top brass of Amazon on May 4th in a virtual conference, delivering strong warning to enhance consumer services and grievance redressal process,” claimed insiders.

The ministry, which is the nodal government entity in charge of administering consumer protection laws in the country, has previously admonished e-commerce providers, urging them to improve the country’s consumer grievance redressal procedure.

According to top officials, “Amazon India has been severely instructed to provide a status on enhanced customer services before the end of the month.”

“Whereas the Consumer Affairs Ministry used to register 5-6 percent of consumer complaints against e-commerce players in 2016-17 (out of total complaints), the number has increased to 40% in FY2022 – here, the majority of complaints are pertaining to Amazon, and this data has been shared with the e-commerce company, based on which the ministry gave them a verbal warning,” the sources added.

However, because Amazon and Flipkart are undisputed leaders in the e-commerce industry, the proportion of complaints is projected to be greater. Furthermore, the e-commerce sector has seen a surge in the last 2-3 years, which may have contributed to an increase in complaints.

According to them, the ministry would soon meet with other e-commerce giants such as Flipkart, Snapdeal, Myntra, and Tata CLiQ to ensure that their consumer protection rights are not breached as well. However, no date for the meeting has been set as of yet.

Meanwhile, in response to CNBCTV18’s email inquiry, an Amazon India spokeswoman informed CNBCTV18, “The meeting referred to was one such meeting which was proactively sought by the company to build more consumer friendly offerings.” Amazon makes every effort to handle concerns within 24-48 hours and has a 98 percent resolution rate on the National Consumer Helpline.”

The Delhi High Court has also expressed worry over the increased sale of counterfeit goods.
Confederation of All India Traders (CAIT) has written to the government to guarantee that counterfeit items are not offered online and that consumer rights are protected.

The CAIT had previously stated that e-commerce portals were being exploited for the selling of counterfeit products, illegal medicines, and raw materials used in the manufacture of explosives, which may be extremely harmful not only to the security of the country but also to customers.

The body has urged commerce minister Piyush Goyal, who also serves as consumer affairs minister, to take prompt notice and action on the matter. It has requested a serious but timely in-depth discussion in both ministries on the recent ruling issued by Justice Pratibha Singh of the Delhi High Court.