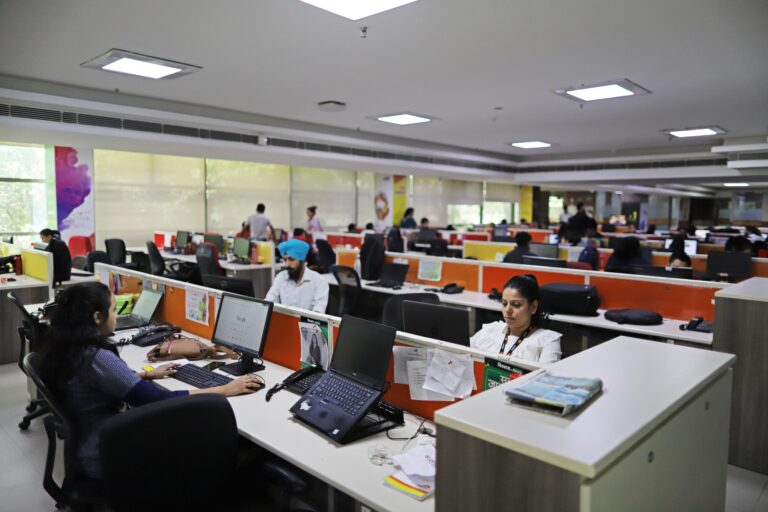 Wipro, TCS, Infosys, other IT firms aims to call back employees to office starting September

Wipro, an India-based IT consulting firm, expects to progressively return employees to office starting in September as vaccination accelerates, depending on the pandemic and third wave, according to Saurabh Govil, Wipro’s chief human resources executive. Other Indian IT services firms, such as TCS and Infosys, are too expecting to see their employees back in the office later this year after working from home for over a year due to the novel coronavirus outbreak.

Infosys, TCS, and Wipro, while presenting their financial report for the quarter concluded June 30, 2021, said they now consider their staff all around the world to return to the office after getting fully vaccinated, in the second quarter of 2021. However, Govil stated, “This will vary between country by country and different stages of the pandemic. This will not be one size fits all.”

Wipro has vaccinated roughly 35,000 employees including their dependents, according to the company. During the company’s 75th annual general meeting held on July 14, Chairman Rishad Premji announced that about 55 percent of employees in India have been vaccinated. Currently, the multinational company employs 2 lakh individuals. The company also stated that demand for company-provided vaccines has decreased because staff members now have enough options.

Tata Consultancy Services (TCS) on the other hand stated that the company’s 70 percent workforce has been vaccinated and that the remaining employees will be fully vaccinated by September. TCS’s Chief of Global Human Resources Officer, Milind Lakkad stated, “During the months of April and May, the second wave of the pandemic has been quite demanding for the TCS Family. Our thoughts are with the families who suffered the personal loss despite our best efforts. I want to acknowledge the temperament and personality of our associates who stood by each other in these stressful times.”

Talking about Infosys, Pravin Rao the Chief Operating Officer of the IT consultancy firm while announcing its first-quarter results during a press conference stated, that the company has given out roughly 230,000 doses as of now, covering approximately 120,000 of its workforce and the rest being their family members. This amounts to around 59 percent of their employees receiving a single dose and 10% getting both doses. Infosys has also placed an order for 5 lakh doses of Covid-19 vaccines out of which 2.3 lakh has been consumed as previously mentioned.

Furthermore, the three major IT services companies aim to employ more than 1 lakh university graduates in total this fiscal year.