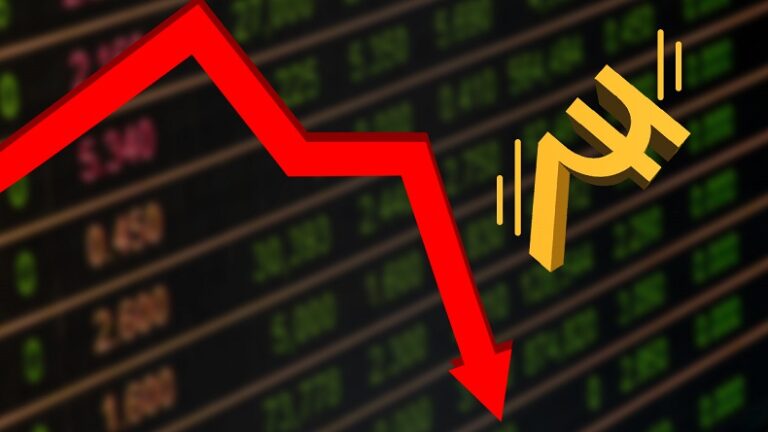 Indian Rupee at all time low against US Dollar. But why?
Home
India News

Indian Rupee at all time low against US Dollar. But why?

Even though benchmark indexes of Indian stock markets, SENSEX and NIFTY, traded on Friday in the green, the Indian rupee was not able to take advantage of the same due to various economic reasons.

Factors which are affecting Rupee negatively

Fears of a Global Recession

Since the beginning of the Pandemic and then the Russia-Ukraine conflict, global markets have been expecting a recession in the United States. A recession-like event in the US economy would have an impact on all economies in the world, including European economies.

With inflation rates around the world at their all-time highs and a possible interest rate hike by the Federal Reserves of the United States, foreign investors are trying to find out a safe haven to park their cash.

Warning from the Finance Ministry of India regarding the current account deficit is also hurting rupee-dollar trade.

According to the monthly economic review released by the Indian finance ministry, there is a high possibility for India’s current account deficit (CAD) to go up in near future. The increasing cost of imports, especially food and energy items, coupled with low growth in merchandise export, would result in an increase in CAD.

The trade deficit of the country grew from $24.3 billion in May to $26.18 billion in June due to the high fluctuation of prices in indispensable commodities such as oil and food.

The oil price had for a brief period crossed the $100 mark when Russia started their special military operation in Ukraine.

The increasing trade deficit is again going to have a negative impact on the Rupee-Dollar exchange rate.

Stronger US Dollar and FII outflow from India

Foreign Investors pulling out their money from Indian markets and the economy is expected to be hurting Indian Rupee as the Dollar is getting stronger and stronger every day.

The political crisis in Italy and the United Kingdom, along with the conflict in Ukraine,places US Dollar in a more powerful position when compared to Euro.

This phenomenon along with the notion of ‘if US economy Suffers, the world suffers’, Rupee is expected to slide down more in the coming few days till the meetings of FED and ECB on interest hike.