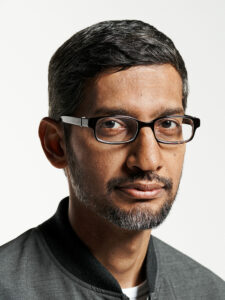 In an in-house notice issued by Sundar Pichai, the CEO of the multinational tech giant Google, he was seen pointing out the dubious downturn of the technology market across the world as the main reason behind the downtrend in the appointment of new employees. The American firm is forethoughting to slack off the employing process for the remaining months of 2022, joining the list of other technology-based firms.

It is for the first time in history that Google has faced an adverse impact due to the market recession. The in-house notice which was seen by the news agency Bloomberg confirmed this report.

In the notice the chief executive wrote that he still can not be convinced by the fact that half of this year has already passed and it is the best time to show gratitude towards all the people who have given their prominent service to the firm until now in 2022. He further added that it is also the right time to announce how he and his governs are planning about H2.

Pichai further wrote that the dubious downturn of the economy around the world has been foremost in one’s thought and just as the other tech giants are facing the impact of the recession, Google is also affected by it. He also wrote that so far this firm had never dealt with the global economic recession as a barrier but had took it as an advantage to intesify their emphasis and fund for a long term.

The CEO writing further said that Google assists its users when it emphasizes on its work by carrying it out really well. The financings which the firm has made in the past six months cast backs the aim of the company. In the second quarter of the financial the firm was successful in hiring around 10 thousand employees and for the third quarter it has a powerful number pledge. He said that these numbers are exceptional and it reflects the enthusiasm about the firm’s long lasting good time even in an adverse situation.

Adding more to the notice, Pichai said that seeing the employee appointment growth of 2022, the company has planned to downtrend the speed of employing for the remaining months of 2022, however, it will continue to back its key opportunities. He mentioned that for the coming months Google will be employing people at crucial posts in the company and will assure that the individuals getting appointed keep up with the company’s long lasting priorities.