A modified cryptocurrency bill is expected to be submitted to parliament during the winter session, according to reports. To address the interests of all parties, India’s crypto law is expected to take a “middle way” approach. 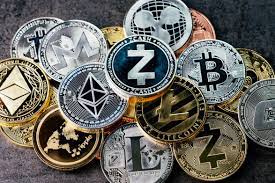 Given the large number of Indians who invest in crypto assets, an outright ban is not considered possible, according to the source, who also added that designating cryptocurrencies legal tender, as El Salvador did, is not a possibility. According to the source, a balance must be found. It is more likely to pursue a middle course that balances the concerns of all stakeholders.

According to the journal, policymakers, including the finance ministry, were recently given a presentation on cryptocurrency. It went over the advantages and disadvantages of cryptocurrencies, as well as legislation in other countries, crypto investments by Indians, and the Reserve Bank of India’s (RBI) stance on the subject.

India’s central bank has stated several times that it has “severe concerns” about cryptocurrency, which it has shared with the government. Another presentation on cryptocurrency taxation is scheduled, according to the source, who added that the crypto law will be forwarded to the Cabinet following legal vetting, which is expected to take place during the upcoming winter session of parliament. The winter semester will begin on November 29.

In addition, according to CNBC-TV18, the Indian government is working on revising a planned cryptocurrency bill. Unnamed sources told the publication that the law is expected to be submitted at the start of parliament’s winter session.

The Indian Ministry of Finance released a draught bitcoin bill named “Banning of Cryptocurrency and Regulation of Official Digital Currency Bill” in June of this year. All cryptocurrencies, with the exception of those issued by the government, should be banned, according to the report.

A measure with a similar title was introduced in the Lok Sabha, India’s lower house of parliament, in January of this year. It was not, however, introduced. Since then, various stories have suggested that the government of India is considering regulating cryptocurrency as an asset class rather than outright banning it.

The head of India’s Parliamentary Standing Committee on Finance stated in September that the country’s cryptocurrency law will be “different and unique.” Officials from the finance ministry are also attempting to “speed rush” a modified cryptocurrency bill, according to the news outlet.

Meanwhile, the Reserve Bank of India (RBI) is working on a central bank digital currency (CBDC), with a digital rupee model likely by the end of the year. The digital currency backed by the government will be released in stages.

Is India likely to adopt a positive crypto regulation? Share your thoughts below. If you find this article informative then do share it with your friends and family!