According to the recent reports provided by Reuters, India’s WinZO has sued Google to stop the company from allowing real money games such as rummy and fantasy sports as it is discriminatory. Read the entire article to learn more about this news story.

WinZO, an Indian app offers a lot of games to make real money that includes the games mentioned above but also other games like carrom,car racing, which to Goggle is unacceptable. Due to this, Winzo won’t be able to gain anything from Google’s new policy. Alphabet Inc. which is a part of Google has never allowed such games which involve making real money in India. But this year it came up with a new policy saying that fantasy sports and rummy could make it to its play store marketplace as a year-long pilot program. In its lawsuit filed at the Delhi High Court, WinZO said it had contacted Google on September 10 to contest the updated policy, saying it was “unfair”.WinZO had got no response, forcing it to seek court relief, stated the company’s filing, which described Google’s decision as one that “amounts to unfair trade practice.” It further argued that “all games of skill enjoy constitutional protection.” 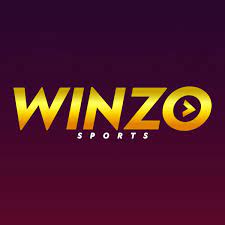 Google is one of the most popular search engines in the whole world. It is headed by Sundar Pichai currently. The main aim of this search engine is to help and guide people in the right direction by solving their queries. For people all around the world. whenever they have any kind of question in their mind, they just Google it knowing that Google will give the correct solution. Google has established faith and trust among its customers all around the world. It is one of the biggest companies in the entire world and people really try hard to get a job in this company as it is so well-reputed.

If you’re bored at home and can’t really find something or someone to entertain you, then WinZO is the only app that can come to your rescue. It is online gaming and entertainment platform. This company is fairly new and came into existence in the year 2018. The app has 12 different languages so that a large section of people living in India can use it with ease. The purpose of this app is to bring the gaming community together and provide them with an amazing gaming experience.