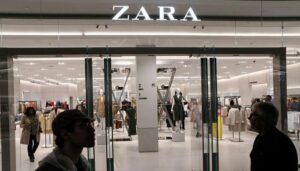 According to reports, Spanish fashion retailer and Zara owner, Inditex has suspended all its tradings in Russia. This has come in order after the closing of 502 of its shops and halting all sales online. The Spanish company made the announcement in a statement on Saturday, March 5.

The owner of the famous retail brand, Zara is visibly following the steps of the largest western retail brands. These brands, including Zara’s main competitor, Hennes & Mauritz (H&M), have halted all its operations in Russia. This comes following the Russian invasion of Ukraine, along with all the economic sanctions imposed due to the same.

Russia contributes about 8.5% for the Inditex group’s global EBIT (earnings before interest and tax). In addition to that, the stores of the Inditex company function on the basis of rent. The fashion company said that this investment decision does not hold relevance from a financial perspective in the situation.

“In the current circumstances Inditex cannot guarantee the continuity of the operations and commercial conditions in the Russian Federation and temporarily suspends its activity”, the world’s biggest fashion company said.

The Spanish retail company commented on their plans as how to deal with the retails workers who would be affected. Inditex specified that they would provide their workforce, which consists of more than 9,000 workers, with a special support plan. The company did not disclose any details on this plan for their Russian workers. They also added that their 79 stores situated in Ukraine have been temporarily shut down, owing to the current tensions.
The second-largest fashion retailer of Spain after Zara, Mango announced on Thursday March 3, that they would take a similar step. They stated that they were temporarily shutting down their 120 shops in Russia. Along with Mango, Tendam, the third-largest fashion group in Spain, specified on Saturday that they had adopted an identical step.
An analyst at the Deutsche Bank Research, Adam Cochrane commented on the economic changes brought about by the Russian invasion. He said that integration of the weakness in the rouble leading to immense increases in prices for consumers in Russia, and heightened logistical issues would make operations difficult. This applies to all retailers, fashion, tech, etc., who are exporting to Russia, despite there being no direct sanction on the categories of their products. He concluded by saying that Russia, undoubtedly, was a crucial factor in the growth of sales for Inditex in 2021.