In an interview recently, one of the top executives at the leading Taiwan Semiconductor Manufacturing Company talked about the current chip shortage. He revealed that it is highly unlikely that the current chip shortage would end soon. Reports reveal that this does not come as a surprise, taking into account recent developments. However, other industries in the heavyweight sector were expecting improvements coming forth from 2022. This is owing to the lowering rates of the Covid-19 pandemic transmission and easing of lockdowns. But for the chip industry, this does not seem like a possibility. 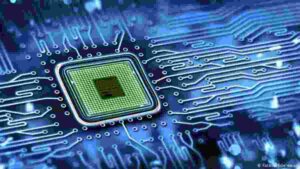 TSMC’s Senior Vice- President of R&D, Dr. Y. J. Mii gave an interview recently where he spoke about current state of matters. In it, he explained both the reason behind the chip shortage and why it is not expected to end in the near future. He stated the simple reason behind these two issues to be the problem of supply and demand. Mii mentions that the demand for semiconductor has visibly been rising in the last few years, catching the entire industry to be kind of flat-footed. As a result, many firms have gone into action by making the announcements of new fabs. Along with it, they announced other efforts to widen the capacity of their wafer production. However, these attempts will apparently take years to bear “silicon fruit.”

“Right now, the industry is investing a tremendous amount of capital into building extra capacity to solve this chip shortage problem,” Mii says. “We have a much clearer picture of future demand today than we had two years ago.”

It turns out that Mii’s take on the shortage situation is somewhat distinct from the comments recently made by Pat Gelsinger, Intel’s Chief Executive. Gelsinger made the prediction that the chip shortage would most likely boost back up in 2023. He remarked that the demand only rose during the onslaught of the pandemic. It visibly shifted from a growth rate of five percent to annually to 20% nearly overnight, with everyone limited to their homes. On the other hand, the thought processes of Gelsinger and Mii seems to match on one level. Currently, Intel seems to be putting billions in investment for new fabs all over the world. One of the new fab locations revealed is Ohio, along with two more in Arizona. Outside the US, Germany is a possible new location in Europe.

Dr. Mii has been with the TSMC for the last 26 years and had been shifted to the R&D wing when it first started making wafers of 90nm. He discussed the challenges that the company is dealing with owing to the continued shrinking of the manufacturing processes. He is currently working with his teams on 2nm plans of TSMC and is in charge of its 3nm node. The 3nm is expected to go into production in 2022, as per schedule.