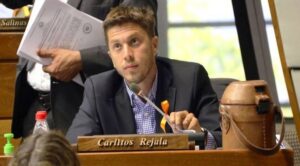 The Senate Banking Committee’s Ranking Member Pat Toomey (R-PA) released a press release today encouraging Congress not to move forward with new bitcoin information reporting legislation in the infrastructure bill. He declared that the phrase was “unworkable” and that he would propose an amendment to remedy it. Late last week, a section of the Infrastructure bill dealing with cryptocurrency tax reporting came under fire for having some unintended and far-reaching consequences due to the way the language was written.

“Congress should not rush forward with this hastily-designed tax reporting regime for cryptocurrency, especially without a full understanding of the consequences,” Toomey said. The cryptocurrency tax reporting language could be the first in the United States, and its inclusion in a “must-pass infrastructure bill” raised questions about how quickly this policy was crafted.

Toomey focused on what many critics have said regarding the IRS’s definition of a “broker” in terms of reporting (not as a broker specific to securities).

“Because it incorporates an overly broad definition of broker, the existing rule encompasses non-financial intermediaries such as miners, network validators, and other service providers.” Bitcoin is used to confirm network transactions.

For confirming transactions in the network, Bitcoin miners or validators in other blockchain networks are paid “block rewards” as well as “fees.”

“Moreover, these individuals never take control of a consumer’s assets and don’t even have the personal-identifying information needed to file a 1099 with the IRS,” Toomey said, referring to the nature of the activities miners engage in and how technology simply does not allow for the acquisition of personal identifying information.

“Simply put, the text is unworkable,” Toomey said at the end of his speech. I intend to propose an amendment to correct the situation.” The news release’s complete text can be seen here.