Innovations in Medical Field Surged Due to Covid 19 Wearable Tech, Vaccines and Newer Drugs to Outlast the Pandemic

Corona has been a challenging phenomenon for all, especially in the medical field. Researchers, doctors, nurses, healthcare workers and all those working in this field were always under an immense level of stress and pressure. Amongst all this, there was also a lot of research done in the medical field in order to tackle the corona pandemic. In this process a number of technologies and tools were developed. Some of those are expected to be relevant even after the corona ordeal is over.

This is exactly what happened when corona virus was wreaking havoc. The mRNA vaccines in particular were all ready to be put to the real world test equipped with a whopping 94% efficiency. This was way above the health official’s expectations. In the future, there are chances that these vaccines will be capable of producing a cure for deadly diseases such as malaria, HIV or cancer.

During the pandemic there was a rise in the usage of a lot of tech gadgets such as smart rings and smart watches. The researchers, hopping on to this trends developed various medical health and wellness gadgets which are capable of measuring a person’s temperature, heart rate, level of activity and other such bio metrics. These gadgets provided with researchers with sufficient information to detect Covid – 19 symptoms in a person even before they realized. 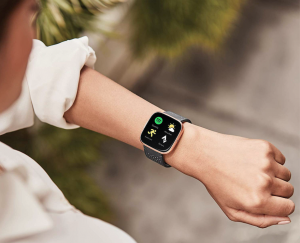 Since the past few years, the younger generation has been adapting well to these wearable tech gadgets. There was a rise in usage for various such gadgets mainly for fitness purposes. However, the corona pandemic gave researchers an opportunity to study the data in real time with the help of these gadgets and track the development of this disease. It is expected that further developments in these gadgets will not prepare the researchers for a new possible viral outbreak, but will also be able to predict other events such as food poisoning or viral flu.

The pandemic also proved to be an opportunity for the researchers to develop newer and more effective medicinal drugs. Nevan Krogan, Professor and Director of the Quantitative Biosciences Institute at the University of California has said to come up with an idea of mapping the protein interaction of diseases. This will help the researchers to come up with leads for novel drug targets and this can be applied to a wide variety of diseases including Covid – 19.

If you want to learn more on other technological innovations in the medical field, check Quality Medical Practice Management Solutions.