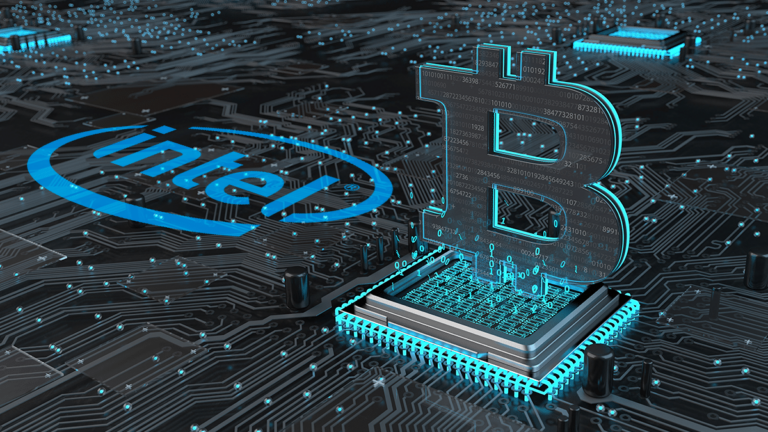 Bitcoin mining is a big industry, and Intel has finally decided to capitalize on the same. The company makes CPUs, but mining is normally a GPU-intensive task, and for this, Intel’s Bitcoin mining SOC will arrive. They have recently filed a patent for a chipset that will boost Bitcoin mining rates and reduce power consumption. So, Intel’s chip is going to help Bitcoin mining become efficient. If they are able to make something that gives a substantial difference, then companies will flock to get their hands on this. As the primary cost of running a mining firm after setting it up is electricity cost.

What do we know about this Bitcoin mining SOC?

Intel has unveiled this chip at the ISSCC Conference recently. They have called the SOC a “Bonanza Mine” processor that will use “ultra-low-voltage.” The company has taken inspiration from the SHA 256 optimized ASIC miners, which has led them to the current design of their SOC. Intel’s chip can become a worthy competitor to other mining devices in the market right now. And their scale could help them easily overtake other companies.

How does Bitcoin mining work?

Bitcoin miners are basically payment or transaction validators in the network. Let’s say A makes a payment to B on the Bitcoin network; the job of the miners will be to validate the transaction. The validation is an automatic process that is done by the mining rigs by solving complex mathematical problems. For every block validated by miners, they get a particular amount of BTC as a reward.

I am saying this because Intel’s chip could develop an algorithm that is able to calculate these mathematical problems more efficiently. They have a lot of experience in the SHA-256 algorithms, which they seem to have been working on since 2018, according to old patent dates. This makes them a worthy competitor in the space. Intel is also rumored to make its GPUs capable of mining by not limiting the hash rates. This will also help them get a foot in the GPU mining market. For example, Ethereum mining.

What are your thoughts on Intel’s Bitcoin mining SOC? And do you think they will be able to disrupt this industry? Let us know in the comments below. Also, if you found our content informative, do like and share it with your friends.

Also Read: You can now buy NFTs without crypto on Coinbase: Here’s how?