Smartphones yet to replace home internet 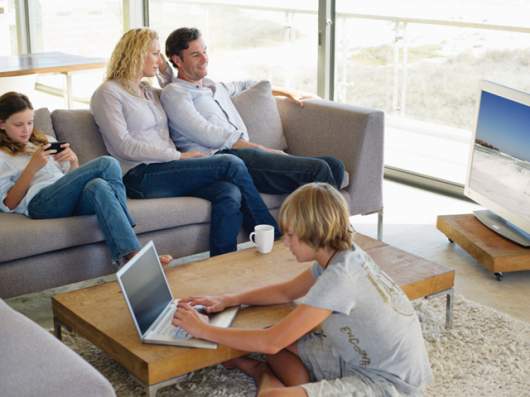 New York, April 6 : While a lot more people can access internet now — thanks to their smartphones, the experience is not the same as home broadband, says a Pew study.

The study shows that smartphone owners relying on the technology as their only link to the internet are more likely to use it for a job hunt or to access other vital services.

They’re also more likely to have their smartphone service cut off due to financial hardship.

“That momentary inconvenience could be the difference between hearing back from a job and being able to apply for a job,” study co-author Aaron Smith was quoted as saying by Post-gazette.com.

“This could affect their financial situation in a meaningful way,” Smith added.

The study polled 2,188 smartphone owners on their day-to-day usage and asked how much they rely on the phones for internet access.

About 64 percent of American adults own a smartphone. Seven percent of them lack any other high-speed internet access at home.

Those users, dubbed as “smartphone dependent”, have limited options — other than on their cell phones — for going online at places such as nearby libraries and community centres.

Nearly half of smartphone owners with an annual household income of less than $30,000 reported they have had to cancel or pause service due to money problems, and 51 percent either frequently or occasionally max out their data plans.

Those breaks in service were potentially devastating to subjects in households earning less than $30,000 per year, as they were almost four times as likely than well-off people to use phones to submit job applications.

Even with uninterrupted service, anyone applying for work on a smartphone is likely to run into obstacles. Many companies have not created online job applications that fit mobile interfaces. Those with updated resumes sitting in email inboxes can’t upload documents directly from phones to a company’s website.

Also, smartphones usually don’t give users experience with Microsoft Office or any other programmes integral to the workplace.