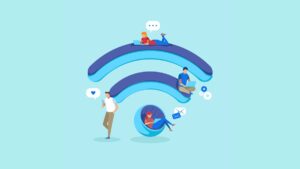 On Wednesday, May 4, the US broadband industry ended its legal challenge to California’s landmark net neutrality law. This law essentially seeks to secure the open internet. A group of industry associations representing providers of internet, dismissed their 2018 legal challenge. These providers include Verizon Communications, AT&T Inc, Comcast Corp, and others.

Last month, the 9th US Circuit Court of Appeals had declined to reconsider a ruling upholding the 2018 state law. This law bars internet service providers from blocking or suppressing traffic or giving an option of paid fast lanes. On Wednesday itself, California Attorney General Rob Bonta gave in a statement. He said after several ‘defeats in court, internet service providers’ have given up this attempt to ‘block enforcement of California’s net neutrality law.’

In a joint statement, the industry associations to have challenged the law stated that ‘broadband providers are united in support of an open internet.’ They are now in commitment to work with Congress and the Federal Communications Commission to successfully come up with a federal approach for settling the problems. In January, the appeals court visibly rejected the industry challenge. It ruled 3-0 that a 2012 decision by the FCC to reverse federal internet protections could not bar action by the state.

Andrew Jay Schwartzman, a senior counselor at the Benton Institute for Broadband & Society said, “the end of this litigation is a boon for free speech, competition and innovation on the internet.”

The appeals court specified the commission’s position as the FCC had reclassified internet services as relatively more subtly regulated services. It said that the commission no more has the power to ‘regulate in the same’ way that it did when these services were ‘classified as telecommunications services.’ On the other hand, a lower court judge declined to block California’s net neutrality law from coming in action. This was following the Justice Department withdrawing its separate legal challenge to California’s state law. This was just a few days post Joe Biden took office in February 2021.

Under former President Barrack Obama, the FCC adopted net neutrality rules in the year 2015. However, the FCC overturned them in 2017 under then President Trump. In August 2018, California’s legislature responded by adopting a state law requiring net neutrality. Currently, the FCC remains divided 2-2 as Biden’s nominee for the final commission seat, Gigi Sohn, has not yet been approved.

People supporting the net neutrality rule have presented the argument that the protection make sure of a free and open internet. On the other hand, broadband groups contend their legal basis from the pre-internet time is rather outdated, discouraging investment.