Ever since the Apple event, netizens haven’t stopped swooning over the brand new iPhone 13 series and other products that took the centre stage pretty soon. And from the look of it, it seems like iPhone 13 will be in the spotlight for quite some time. And with the sales opening and pre-ordering humdrum going on, the frenzy and excitement have touched yet another level as eager fans are all set to get their hands on their iPhone 13s at the earliest. When it comes to Apple, patience is not exactly the best point, at least on the part of the fans. Perhaps they are going with the very famous and age-old quote, “the early bird catches the worm.” Or in this case, the early birds get hold of their “Apple.” 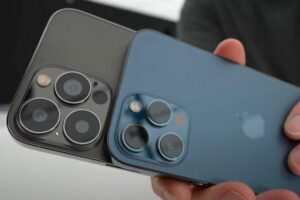 The excitement and enthusiasm raging among the Apple fans are reflected very well in Twitter town as well, with responses and reactions piling up one after the other. And as is customary, a good majority of these responses are in the form of hilarious memes that will provide people with the much-needed comic relief amidst all this frenzy and chaos.

It is true that Apple fans all over the world were eagerly looking forward to the much-awaited September event. However, people were also a bit apprehensive about the prices and as the hilarious memes suggest, a good majority are speculating about selling their kidneys. Talk about sacrifices in the name of a good cause. Let’s hope it does not come to that.

Perhaps, Apple was also concerned about this that they announced a surprising new price for the iPhone 13. If the reports are to be believed, the price of the iPhone 13 glass range will be equal to the cost of repairing a display of an iPhone. Looks like happy surprises haven’t ended after all. Now let us flip through the hilarious memes and responses on Twitter that have rocketed iPhone 13 to the trending list on Twitter.

Now that is some major attitude right there.

It never gets old.

Me going to sell my best friend's kidney to secure an iPhone 13 pro max pic.twitter.com/SVoQdxSD6s

While some people are still playing the spot the difference game.

Sometimes it is wise to think before you act.

preordered the iphone 13 pro max idk why i did that.. impulse buying brings me comfort and happiness ok pic.twitter.com/nJqsekyYu1

Except for the fact that it looks a tiny bit big, it’s perfect.

The moment I buy that new Apple iPhone 13 Pro Max. Then a normal consumer with a 12 Pro Max ask me the difference. Then I’m trying to explain what a refresh rate is or camera sensor sizes. pic.twitter.com/d1oxrEuryK

Patience is golden. This is your chance to work on that. How considerate of Apple.

preordered the iphone 13 pro max but it won’t be delivered until october 18th pic.twitter.com/vfQqtgRbqT