BMW Motorrad unveils another electric two-wheeler just after two months of revealing the BMW CE 04 electric scooter. The new design, Concept CE 02 is completely different compared to the earlier one. With an aim to win young motorbike users, this scooter is designed to be a “skateboard on two wheels.” 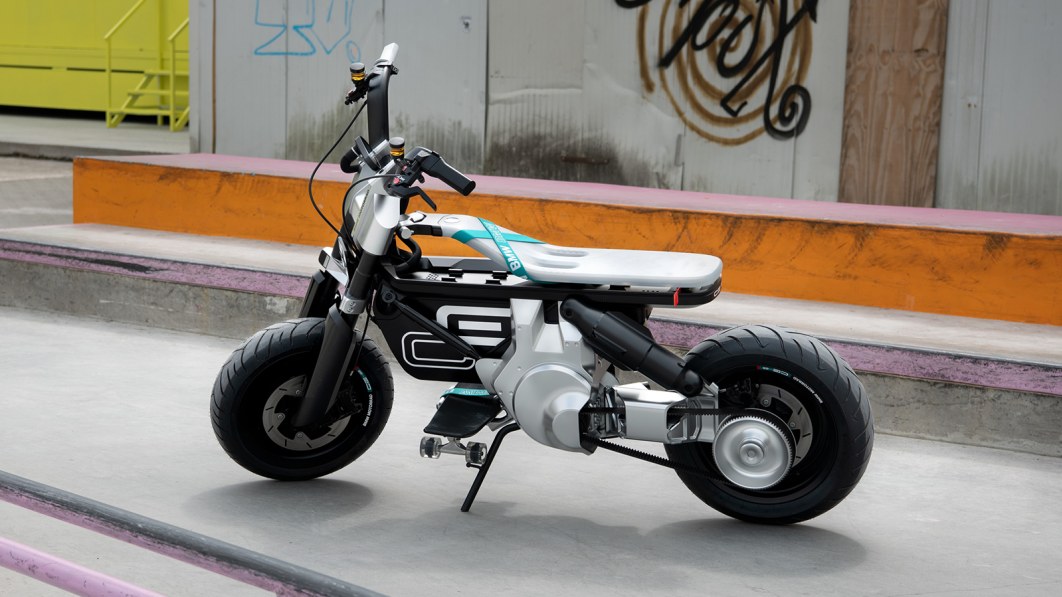 It is a simple yet stylish electric scooter, which can easily attract new to riding scooters or two-wheelers. The urban mobility vehicle design has an interesting heightened sense of proportion. The fat tires, solid disc wheels, and proportionately huge bikes can be easily recognized by Japanese Manga and anime fans easily.

The handlebars were raised high and BMW Motorrad called them “ape hangers”. These handlebars will also have input cables that will power the vehicle. There is a tiny display at the front giving Concept CE 2 a minimalistic look. The stuff that needs to be added can be hanged at the hook where a usual two-wheeler would have floorboard. It is a clever hook system designed to conveniently add luggage.

The idea of roller skating comes where the bike can be transformed into a skateboard. However, this is a concept and it is expected to be given through the place hook is located.

As Concept CE 02 is aimed at A1 license holders, the max power is 11 kilometers with around 15 horsepower. And the top speed of the two-wheeler is 90 kilometers per hour(55 mph). On a single charge, the range is 90 kilometers. But the battery information is not revealed yet. 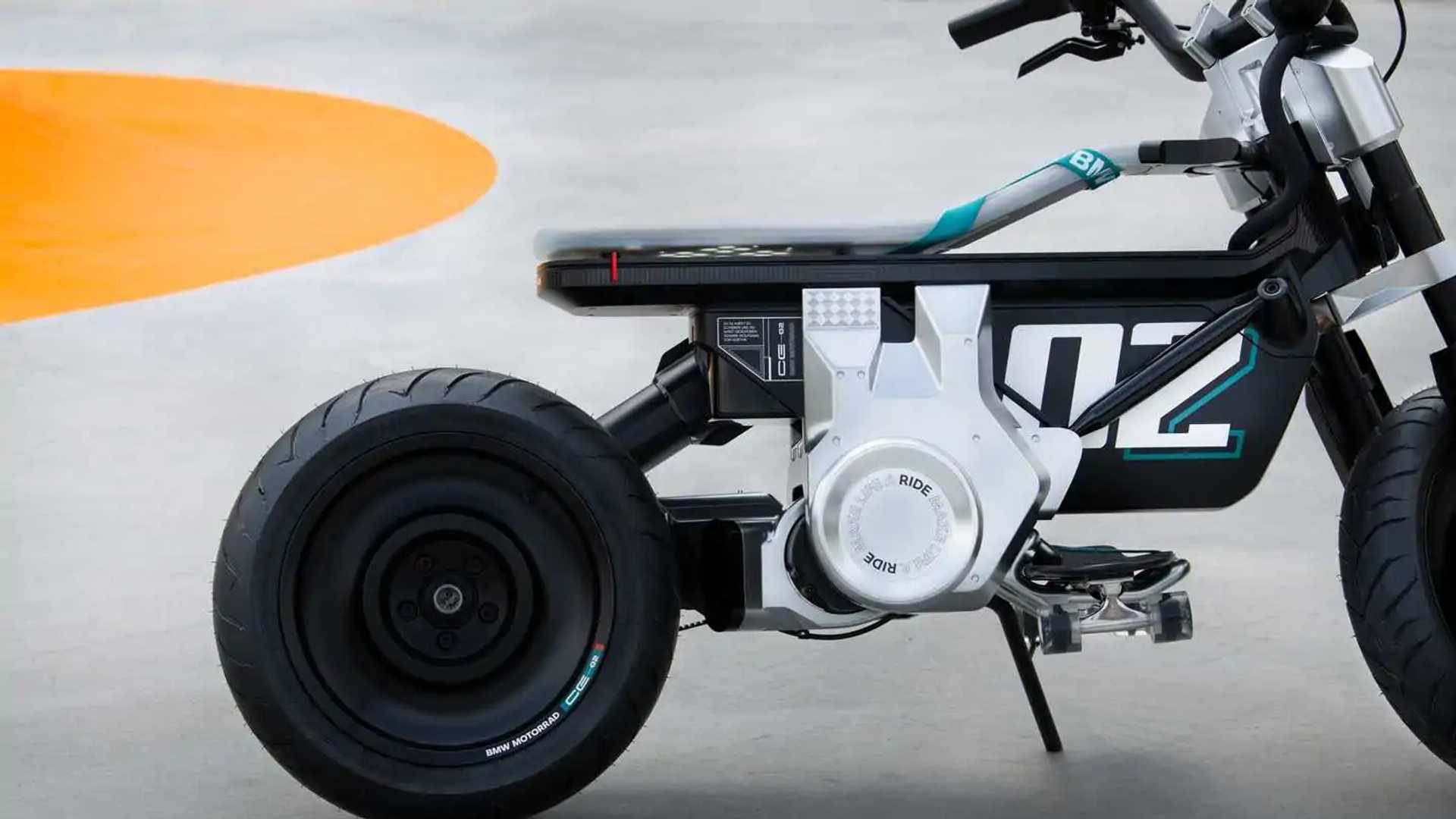 Furthermore, its curb weight is said to be around 120 kilograms (264.5 pounds). With a height of 730 mm, around 29 inches Concept CE 02 may seem shorter for advanced license holders. Though the numbers seem to be apt, they could change during production according to the feasibility. After all, it is a result of Japanese Manga imaginary bikes.

Though it looks like a bike for kids, it can also be used for camping. Lightweight and small size is easy to transport and carry around in camper vans or RVs.  However, it depends on other features like charging and battery capacity options for buyers.

Though the creation of the bike is for A1 license holders, BMW is making this an exclusive electric two-wheeler. More applications could come along as the production plans start. Because they already gave a demo on some interesting riding gear concepts. Also, some additional equipment like impact-resistant materials in different colors, sizes, etc will also be available. According to preference, a casual look for the gear could also be an option. The price details are not revealed, but targeting the younger generation means it would make sense to price it accordingly.