Is Richard Branson’s Virgin Galactic the forerunner in space tourism? 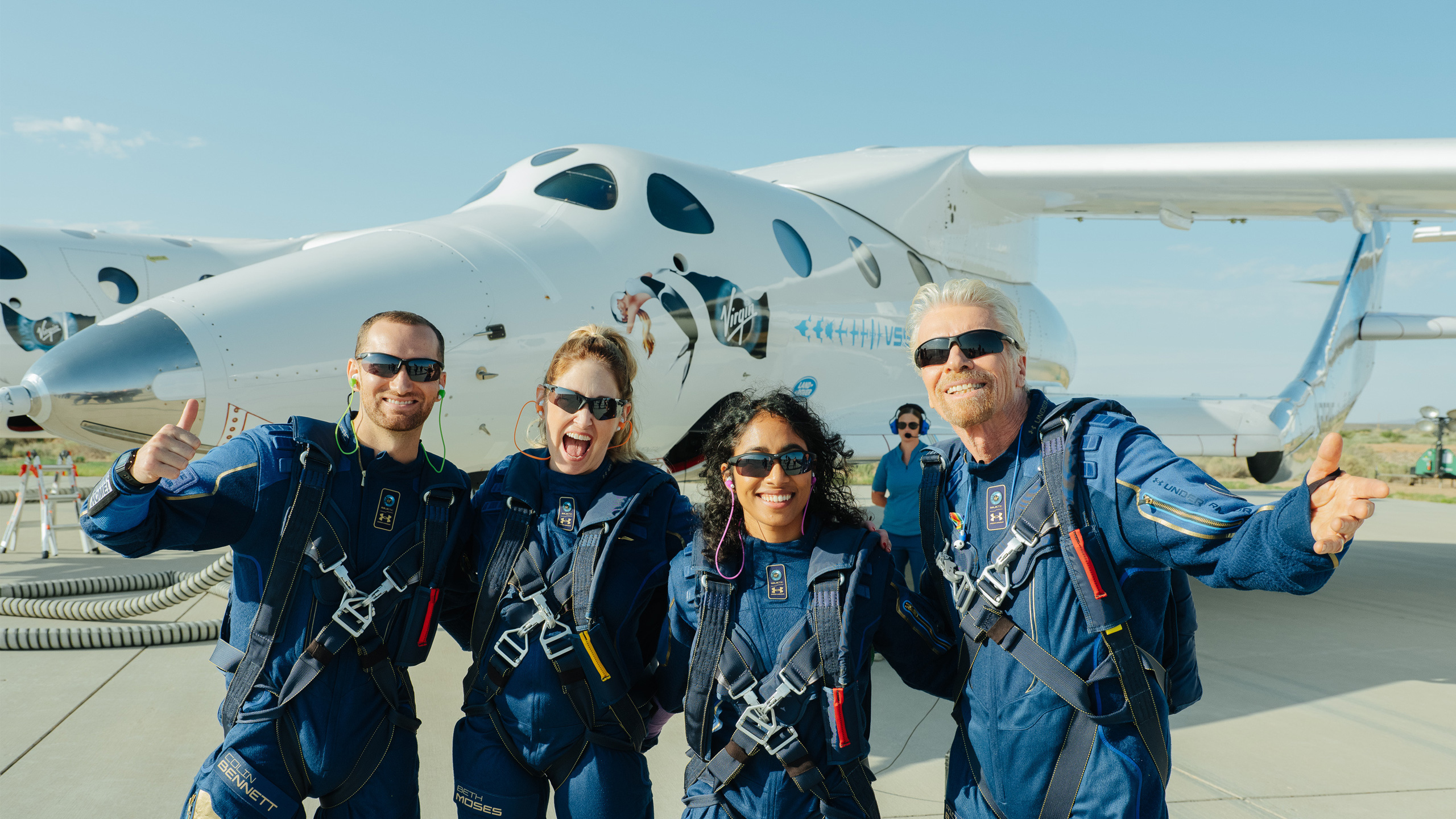 Richard Branson’s Virgin Galactic has successfully completed its first fully crewed spaceflight and the success of this mission opens new doors to the potential Space tourism industry. This spaceflight was special because it makes founder Richard Branson, the first billionaire to have ever been in Space.

The Unity 22 spaceflight took Richard Branson along with two pilots and three crew members- Sirisha Bandla, Beth Moses, and Colin Bennett aboard the SpaceShipTwo after multiple tests and experiments. This was the first fully crewed spaceflight test for SpaceShipTwo and it paves the way for the future of commercial spaceflights.

Billionaire Richard Branson teased an announcement before leaving for space that he was meant to announce after the successful landing of SpaceShipTwo and he was right, it is an exciting one. Virgin Galactic says that it is ready to give everyday people a chance at a similar trip. Yes, you read that right, you can go to space too with Virgin Galactic. Virgin and Omaze have recently announced a “sweepstakes” that lets people win two seats aboard one of the company’s commercial spaceflights.

Congratulations to @richardbranson and @virgingalactic for dreaming so big! Now it’s your turn…

You could make history and win two seats on one of the FIRST Virgin Galactic commercial spaceflights!

Virgin and Omaze, together are giving people a free chance to experience Space travel, donating the money to Space for Humanity which is a charity making spaceflights more accessible. As mentioned in a report by Engadget, anyone can enter for free to win a chance to get on Virgin Galactic’s next commercial spaceflight, while the charity will provide with more entries in the coming months.

According to reports, the sweepstakes will end on September 1 and the company will reveal the winners on September 29th. However, in case you win, get ready to skip your job for some time because you will have to go through the exact same training as other Virgin Galactic astronauts and passengers. According to a report by Engadget, winners will also get a chance to get a tour of Spaceport America.

Furthermore, Richard Branson says, “I have dreamt about this moment since I was a child, but going to space was more magical than I ever imagined.”

I have dreamt about this moment since I was a child, but going to space was more magical than I ever imagined https://t.co/Wyzj0nOBgX #Unity22 @virgingalactic pic.twitter.com/grs7vHAzca

However, Virgin Galactic is indeed making commercial space tourism a reality. Although, giving space tickets for free is not the most economical way to capitalize on the company’s ability to take people to space, now that Richard Branson’s test flight was a success. Still, commercial space tourism is here already and people can actually win a free chance to do so, this is absolutely unimaginable for a common man. Speaking of space tourism, the notion of a common man going to Space when NASA and other government agencies were the only means, was completely out of the question and now with private companies like Virgin Galactic and Blue Origin, we can digest the idea and it feels completely possible.

As per Richard Branson, Virgin Galactic can begin commercial spaceflights starting in 2022 and the success of Branson’s own spaceflight gives a certain reassurance to people that this is possible and space is no more beyond a common man’s reach.

However, Amazon founder Jeff Bezos’ space company, Blue Origin is also an active contender in the so-called “Billionaire Space Race”. It was Jeff Bezos who planned and announced his spaceflight first and he was supposed to be the first billionaire to go into space and touch the edge of the world but just about a week ago, Richard Branson announced that the date for his spaceflight has moved up just 11 days before Jeff Bezos’ scheduled flight date. This act of competitiveness was evident enough that this is a “Space Race” and whoever wins shall rule over the Commercial Space tourism industry. Too dramatic? Well, blame them.

The fact that Richard Branson beat Jeff Bezos in this alleged space race, Blue Origin attacked Virgin Galactic with certain claims, throwing quite some shade on the rival.

Blue Origin tweets that it’s New Shepard suborbital vehicle is far more capable than Virgin Galactic’s SpaceShipTwo as Blue Origin’s vehicle is designed to fly above the Karman line whereas its rival’s space vehicle is not.

"To all you kids down there…" – @RichardBranson's message from zero gravity. #Unity22

The Karmen line is a distinctive boundary set by the Fédération Aéronautique Internationale which is set at 62 miles or 100 kilometers above the mean sea level. Jeff Bezos’ aerospace company says that above 95 percent of the world’s population considers the Karmen line when calculating the beginning of outer space.

Virgin Galactic’s flight will go up to 57 miles in altitude which is behind the Karmen Line and Blue Origin will take its passengers beyond the boundary point, crossing the Karmen Line. Virgin Galactic’s space plane does not cross the Karmen Line but it is still above what NASA and other government authorities consider to be the beginning of outer space i.e., 50 miles above mean sea level, as mentioned in a report by Engadget.

Other than this, Blue Origin calls its vehicle a “Rocket” when compared to Virgin Galactic’s “High altitude airplane”. Jeff Bezos’ space corporation also boasts about the fact that its New Shepard vehicle has the largest windows. The company did not stop at these points, there is a complete chart on how Blue Origin’s New Shepard is better than Virgin Galactic’s SpaceShipTwo.

Only 4% of the world recognizes a lower limit of 80 km or 50 miles as the beginning of space. New Shepard flies above both boundaries. One of the many benefits of flying with Blue Origin. pic.twitter.com/4EAzMfCmYT

Anyhow, billionaire Jeff Bezos is all set to go beyond the Karmen Line into the ‘actual outer space’ on July 20th along with his brother, an 82-years-old Wally Funk, and one other guest whose name has not been revealed yet.

As for Virgin Galactic’s Richard Branson, this is an absolute achievement to be able to go into Outer Space and what the industry is speculating, Space tourism is going to begin as soon as 2022 and, Blue Origin and Virgin Galactic will be the pioneers of this new potential industry. To be able to go into space on a commercial spaceflight will open doors to a whole new world, the future that people have been waiting for, ever since their introduction to the world of science fiction.