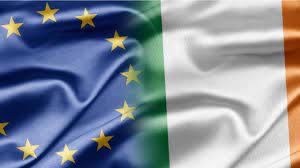 Irish banks have praised a planned reform of the European Union’s anti-money laundering legislation, which will have an impact on the crypto industry. The Irish banking sector group expressed support for the “radical” restrictions aimed at preventing illicit transactions at the union level.

Financial institutions in Ireland have expressed support for plans to reform the European Union’s anti-money laundering policies, according to the Irish Daily Independent. The new AML body that the EU proposes to create, according to the Banking & Payments Federation Ireland (BPFI), will weed out suspect cross-border transactions in the union.

According to the publication, the proposed changes include a “set of radical reforms that would substantially aid and bolster the members in their daily and ongoing work – identifying and preventing money laundering and terrorist financing in Ireland and across the EU.

Earlier this week, the European Commission issued a package of legislative recommendations aimed at tightening the EU’s anti-money laundering and counter-terrorism funding regulations, which will apply to the cryptocurrency business. The improvements are meant to enable “complete traceability of crypto-asset transfers.”

Under the laws, crypto exchanges, for example, will be obligated to identify the sellers and buyers of crypto assets. They will also impose a €10,000 limit on cross-border monetary transfers. The new limits will have an impact on the legal, accounting, and real estate industries, in addition to bitcoin platforms and banking institutions.

Under the existing regulatory framework, national authorities are free to interpret AML regulations, and Ireland has been admonished by Brussels for failing to sufficiently oversee solicitors, accountants, and other agents who set up trusts on behalf of clients.

Despite the fact that the Garda Financial Intelligence Unit, the Department of Justice, and the Central Bank of Ireland are all charged with combating AML crimes, Dublin still has a long way to go.

The new legislation will apply to all 27 European Union member states. EU authorities expect the AMLA authority to help prevent money laundering and terrorism funding cases in the European Union by “actively supervising and taking decisions towards some of the riskiest cross-border financial sectors obliged organisations,” according to a media source quoting EU papers.

What are your thoughts on the proposed anti-money laundering reforms by the European Union?

In the comments area below, please share your thoughts on the topic.