The Indian Space Research Organization (ISRO), the Department of Space, and the Government of India have inked an agreement with smartphone manufacturer OPPO to accelerate research and development of the indigenous satellite navigation system NavIC messaging service. 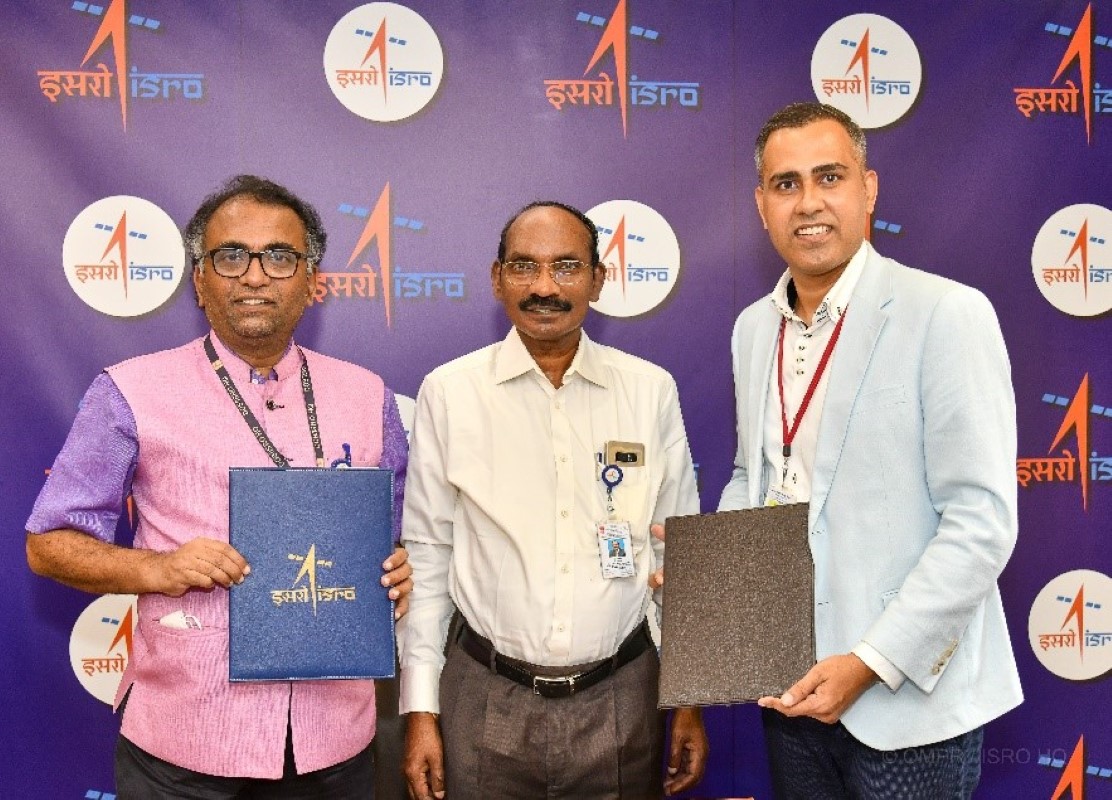 This Memorandum of Understanding (MoU) would lay the groundwork for future collaborations between ISRO and OPPO India to develop indigenous technologies by integrating the NavIC short messaging feature in OPPO smartphones.

Dr. K. Sivan Chairman at ISRO, in a statement, said, “NavIC system provides regional navigation services covering the Indian mainland and an area up to 1500 km beyond the Indian mainland. In addition to its primary function of providing PNT services, NavIC is also capable of broadcasting short messages. This messaging service is mainly used for broadcasting safety-of-life alerts in areas with poor or no communication, particularly in the oceans.”

According to the Memorandum of Understanding (MoU), ISRO and Oppo India will share technical information around NavIC messaging services in order to develop efficient, ready-to-use, end-to-end application-specific solutions. This would allow the NavIC messaging service to be integrated with the mobile device platform while keeping Indian users’ needs in mind.

Tasleem Arif, Vice President, India R&D Head at OPPO India also commented on the development saying, “Under the MoU, we will support Isro with our industry-leading R&D capabilities to provide a seamless experience to users of NavIC applications. In line with our vision towards Make In India, Oppo will invest in further scaling the product with its competitive and experienced R&D team. To benefit our users and the government, Oppo will continue to create a positive impact in society through our innovation and technology expertise.”

Supporting the vision of Atmanirbhar Bharat, OPPO India collaborates with @isro to provide them with industry-leading R&D capabilities. Aiming to build a convenient and user-friendly platform with NavIC application, together, we embark on a new journey to create a better future. pic.twitter.com/b8voHvhc7r

Oppo the parent company of Oppo India has a global market share of 5 percent, with a presence in more than 50 countries, has six research institutes as well as four R&D centers, and an international design center in London. The smartphone makers have a production facility in Noida and have recently opened an R&D center in Hyderabad, which is playing a major role in the development of 5G technology.

Isro’s NaVIC (Indian Regional Navigation Satellite System) or IRNSS (Indian Regional Navigation Satellite System) provides regional navigation services that encompass the Indian mainland including a radius up to 1,500 kilometers beyond it. NavIC’s messaging service is intended for broadcasting safety-of-life alerts in places with weak or no communication, particularly in the oceans. NavIC has also been recognized by the International Maritime Organization (IMO) as a component of the World-Wide Radio Navigation System (WWRNS).

Last year, another smartphone maker Xiaomi announced that it will bring the NavIC technology to its smartphones. Later the company announced the Redmi Note 9 Pro series which featured India’s own navigational system – NaVIC. The company’s Managing Director, Manu Kumar Jain in a tweet claimed that the Redmi Note 9 Pro series is the first smartphone in the world to feature the NaVIC technology.