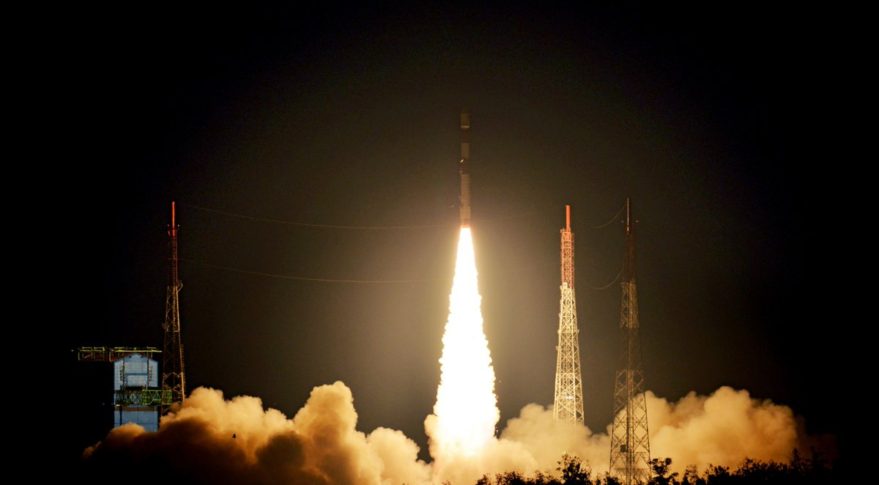 The CMS-01 is visualized to offer assistance in the Extended-C Band of the recurrence range whose inclusion will incorporate the Indian terrain, Andaman-Nicobar, and Lakshadweep Islands, as indicated by ANI. The satellite will be the first in another arrangement of correspondence satellites by India after the GSAT and INSAT series.

ISRO to Launch #PSLVC50 carrying CMS-01 from Sriharikota at 1541 Hrs IST today. #CMS01,the 42nd communication satellite of India, is envisaged for providing services in Extended-C Band of the spectrum. pic.twitter.com/tiLQdeZEPW

Congrats to every one behind #CMS01 #PSLVC50 👏🏻👏🏻👏🏻 Going to be a game changer in various areas of Tele Communication. pic.twitter.com/afEP98nkBu

This will be the 77th launch vehicle mission from SDSC SHAR and the new satellite would supplant the GSAT-12 in the circle, which was uplifted in 2011.

On November 7, Isro had dispatched the 51st mission of Polar Satellite Launch Vehicle (PSLV) on Saturday. The transporter vehicle PSLV C49 had conveyed 10 satellites in all with EOS-01 as the essential one. The EOS-01, an earth perception satellite, is proposed to give farming, ranger service, and calamity the executives uphold.

@isro said the countdown for the December 17 evening launch of communication satellite #CMS01 (formerly #GSAT12R) began at 2.41 p.m on Wednesday and the fuel for the rocket PSLV-C50 has been filled.#ISROhttps://t.co/7oNMxUJQTj

.@isro successfully concludes the final mission of the year as #PSLVC50 takes the communication satellite #CMS01 into the space,making it the 42nd satellite launched by the organization.The launch took place at the Shriharikota Spaceport.#ISRO #India #news pic.twitter.com/JekBIN6Ukw