ITS CONFIRMED; 50W REVERSE WIRELESS CHARGING IN ONE PLUS 9

One plus is ready to come into the market with its much awaited series which is 9 series. The 9 pro is expected to come out on March 23 with a dynamic feature of 50W wireless charging. One Plus 8 Pro came with 30 W charging and therefore this came to be the must awaited feature of the upcoming series. 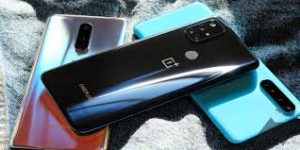 AN INSIGHT INTO ONE PLUS

One plus is a Chinese subsidiary of BBK electronics in the consumer electronics segment. It was incepted 7 years ago to offer smartphones, earphones, power banks, televisions and many more products. It is currently catering to the people of 34 countries & regions all across the globe.

The company holds a 15% stake in the market after the major competitors like Samsung and Apple according to studies.  The company has started its new mood to name its mobile phones after food names. The One plus 9 series is preferably having the ‘lemonade’ name at its launch.

The competitors all across the market are coming up with new variants in order to woo its customers; but one plus has always take a plus side as it offers some important features that are similar to Apple. So its basically a Apple within a stable range.

As soon as the launch was announced by the company; the earlier variants of series 8 saw a cut in their prices. This is a kind of marketing tactic to clear your old product out of the market in order to set the stage for the new arrival. There are additional discounts given to buy these phones and television sets either instantly or on card pay.

Now the prices after cut are as follows:

One plus has promised us to NEVER SETTLE for less;

Let’s hope we feel the same when we get the 9 series on our ends.