Japan Financial regulator warned Binance as its not registered

It’s not a great week for Binance as it got reportedly banned from the UK. And now Japan Financial regulator also warned Binance as it’s not a registered company there. As per the regulatory body, Binance has been operating in the country without permission. Considering that it’s the largest crypto exchange globally if it gets banned the outcome won’t be great for crypto markets. Let’s see what Binance does and if it comes up with a solution.

Not the first time! 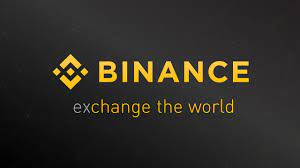 Binance has been warned in the past too, regrading a similar controversy. It was back in 2018 when the FSA made criminal charges on Binance. To this, the exchange said that they are working with the regulators over the matter. And nothing actually happened. Even this time Binance said that they do not provide any exchange operations in Japan and nor do they ask Japanese users to use their platform. Other than that the spokesperson from Binance didn’t say anything due to their policies.

It’s good to see that the markets remained unaffected

When the price crash happened everything was highly manipulated. Consider this, that time a FUD of Binance significantly crashed the price of every coin. And now when we are actually at a weak spot when there is extreme fear in the market, the news about the UK ban didn’t stinge the market at all. Bitcoin has continued to rise and broke the resistance of $33,700 and continues its upward move. This is the kind of market that we need that stays intact even after baseless FUDs.

What are your thoughts on Binance getting warned by Japan Financial regulator? And do you think this was yet another FUD that didn’t affect the market? Let us know in the comments below. Also, if you found our content informative do like and share it with your friends.

Also Read: Bitcoin breaks resistance of $33,700 and moves towards $35k