Japan’s Suzuki is going to set up a new EV battery plant in India. This factory is to start production by 2025. Japanese Prime Minister Funio Kishida visited India for a two-day stay in New Delhi. It took part in the 14th of India-Japan Annual Summit along with holding bilateral talks with India’s Prime Minister, Narendra Modi. 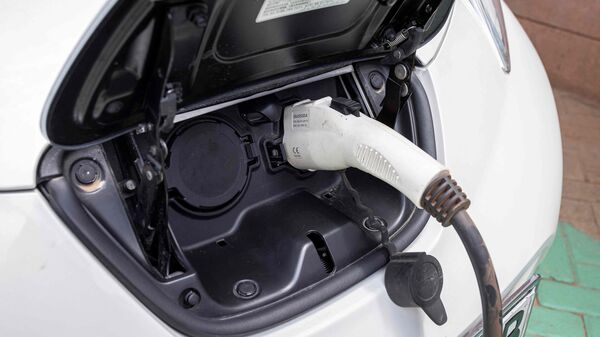 The India-Japan Annual Summit had last taken place in Tokyo in October 2018. Kishida’s visit to India gains significance amid the western countries slapping sanctions against Russia for its military operation in Ukraine while the major oil-consuming countries are keeping a close watch on the impact of the Ukrainian crisis on oil prices. India and Japan are party to the Quadrilateral Security Dialogue (Quad), a security framework that also includes the United States and Australia, but India is the only Quad member not to have condemned the invasion.

Japanese Prime Minister Fumio Kishida has told his Indian counterpart, Narendra Modi, that Russia’s invasion of Ukraine had shaken the “foundation of international order” and required a clear response, he said on Saturday. Japan has imposed sanctions on dozens of Russian individuals and organisations since the start of what Russia calls its “special military operation” in Ukraine and has accepted Ukrainian refugees. “We (Kishida and Modi) confirmed any unilateral change to the status quo by force cannot be forgiven in any region, and it is necessary to seek peaceful resolutions of disputes based on international law,” Kishida told reporters after meeting Modi in New Delhi.

Kishida also announced plans to invest 5 trillion yen ($42 billion) in India over five years. India signed agreements with units of Japan’s Suzuki Motor for an investment of around $1.4 billion to produce electric vehicles and batteries in Modi’s home state Gujarat – also involving a vehicle scrappage scheme – but it was not clear if this was part of the 5 trillion yen total.

The leaders expressed their seriousness about the conflict in Ukraine and the humanitarian crisis there. Modi refrained from commenting directly on Ukraine but noted that geopolitical incidents were “presenting new challenges”.Harsh Vardhan Shringla, India’s foreign secretary, told reporters that the two leaders had “assessed broader implications, particularly for the Indo Pacific region. They underscored the importance of safety and security of nuclear facilities in Ukraine.”

Japanese foreign direct investment into India has mainly been in the automobile, electrical equipment, telecommunications, chemical, and pharmaceutical sectors. Since 2000 investments in India have been around $27.28 billion.