Jeep to install EV Charging Stations across the U.S. at off-road trailheads 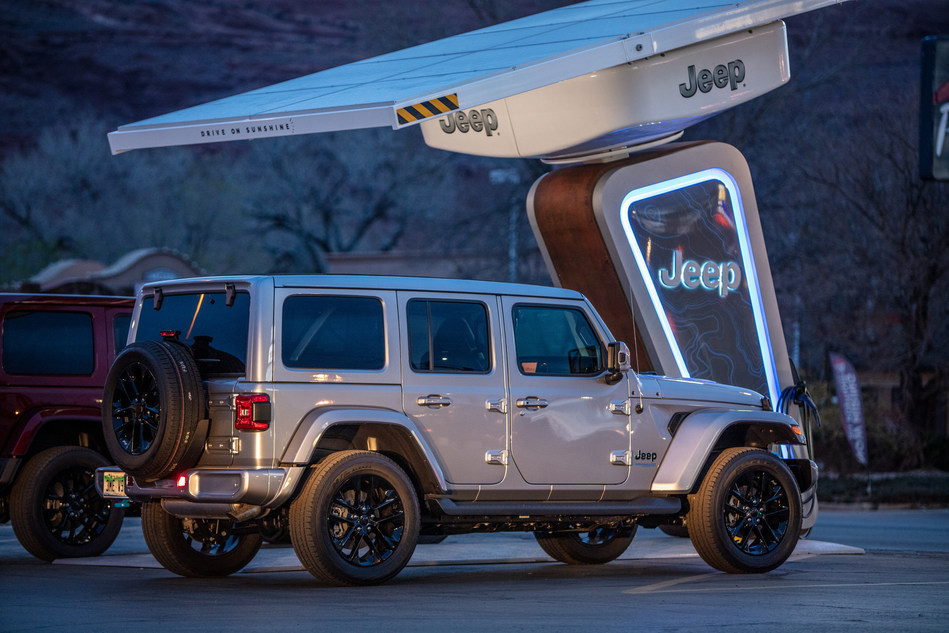 Electric Vehicles are on their way to the future of the automobile industry and jeep is beginning to bring the people to the future. Yes, Recently Jeep has announced that it is beginning to install Electric Vehicle charging stations across the United States at off-road trailheads. The automobile company has initiated this venture in partnership with Electrify America. As mentioned in a report by The Verge, the charging network associated with the chargers on the Jeep 4xe will either be connected to a conventional power grid or it can be solar powered as well.

Jeep is a Toledo, United States-based automobiles brand that serves as a division of FCA US LLC. As Electric Vehicle Jeep cars are on their way, the company is looking out to install charging stations across the United States and as per multiple reports, it has been confirmed that the first of these charging stations will open in the Big Bear of California and the Rubicon Trail in Pollock Pines which is also in California.

As mentioned in a report by The Verge, Jeep has started off with Moab, Utah but will eventually install more charging stations at Jeep Badge of Honour off-road trails across the United States of America.

Now, talking about the chargers, the company has confirmed that its chargers will have a Level 2 charging which is supposed to be at 240 Volt. Jeep claims that their Level 2 chargers will fully charge a 17 Kilo Watt Hour battery pack in about 2 hours and will provide 21 miles of electric range. The Jeep Wrangler 4xe is an Electric Vehicle by the company and its owners in the United States will not have to pay any additional cost to use these charging stations and charge their Wrangler 4xe cars. Owners of these cars can simply charge their car batteries for free with a simple mobile application which Jeep says will also be compatible with the future Electric Vehicles from the company.

The Verge also reported that the American automobile company’s announcement came a few days after the company announced their fully electric variant of Jeep Wrangler called the Magneto. The company says that the new Magneto will follow the design specifications from the 2020 Jeep Wrangler Rubicon.

Having said that, Electric Vehicles are taking a huge leap with companies that are completely pursuing Electric Vehicle technology and coming out with some great concept cars. Another category is the conventional carmakers that are transitioning from fuel-based engines to Electric Vehicles. EVs are the future that the world needs to look out for.