Rivian was used initially when Jeff Bezos announced Blue Origin’s upcoming human flight, there was a Rivian then too. During the launch, the crew goes to the launch site on Rivian R1S. All the models are prototype versions used by the team.

When Jeff Bezos was in charge of Amazon, they had invested $700 million in Rivian and Bezos continued to the connection. Every aspect of the launch was smooth, except for a few seconds of confusion just 5 minutes before the launch. Rivian R1S ensured that the crew traveled comfortably in the electric SUV.

Furthermore, the rescue team went to ground the capsule to remove the possibility of electrification. This team also used Rivian SUVs to ensure they reach the landing location quickly. After launch sucessparty was on the same landing place. We can see many Rivians during the celebrations. With such fantastic view, no other place would have been perfect for a champagne. 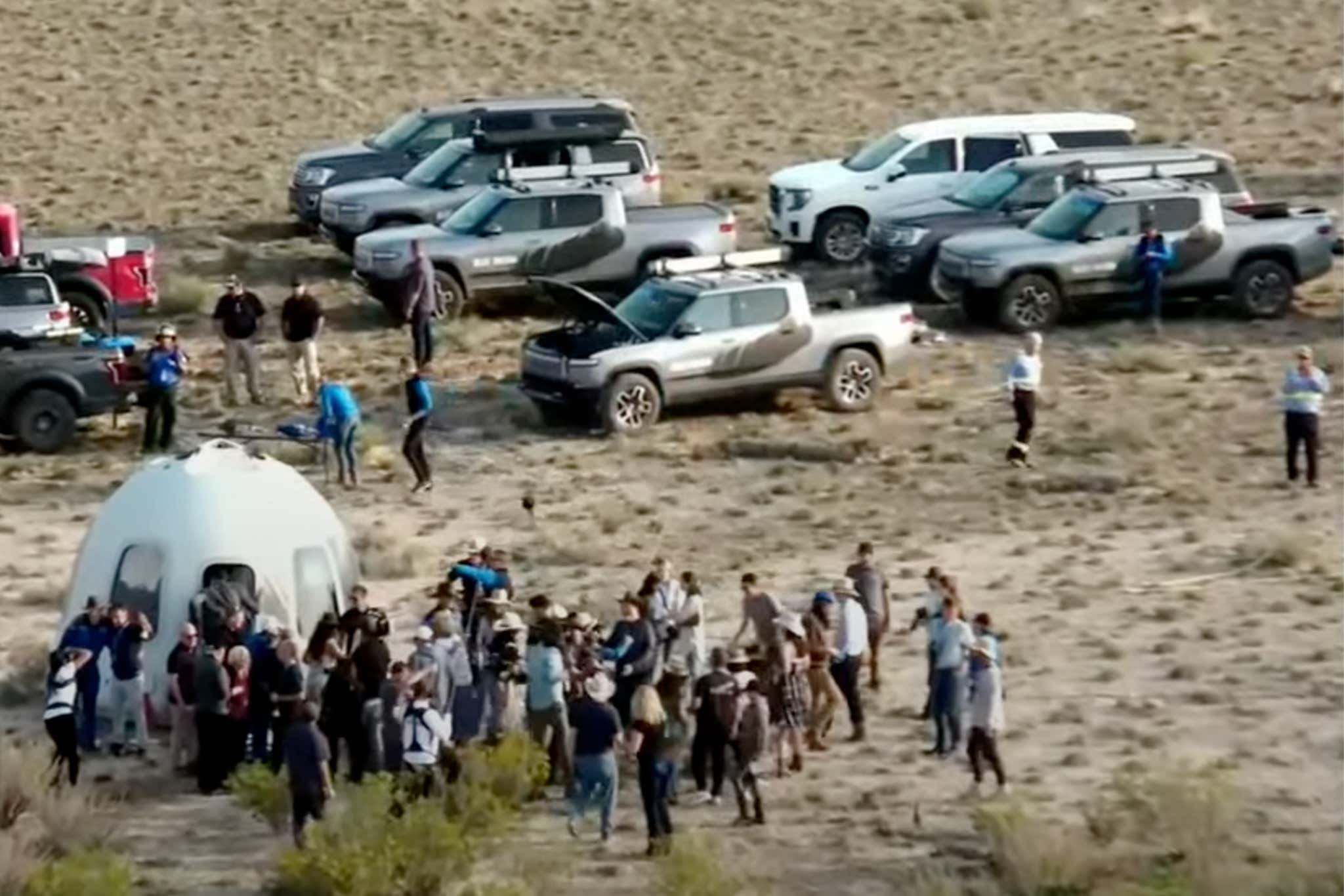 Over all, the launch was very short and it seemed natural like how Bezos described it. One minute we saw the rocket up in the sky, then a couple of minutes later the capsule was on ground. We could see Wally Funk all excited and happy. Jeff Bezos exclaimed “Happy, Happy, Happy!”. We could see the crew’s frrieends and family hugging each other happily.

The Historic moment included Rivian cars. They haven’t even started delieveires of their first ever model Rivian R1T. But the prototype model already is part of a history moment.

Not just the humans in it, everyone who built the rocket, the engineer, the mechanic and also the Amazon emlyees who made this possible are part of the moment. Though not everyone could possibly go in this launch, the reminder that one could go is an achievement for humanity.

Often while Jeff Bezos is trolled on the internet, once often forgets the incredible achievement is work of the team. Though the trip sounds like “Waste of money”, once we see the launch, we all can get connected to hundreds of people who were part of the historic launch.

During the launch, the anchor explains that this is just the beginning. The successful mission means that more possibilities for the future. We cannot solve hunger or poverty anytime soon, but the technological advances could bring various solution in the future.