Jeff Bezos, far too precious to risk his life for going into the Earth’s orbit, says Insurers 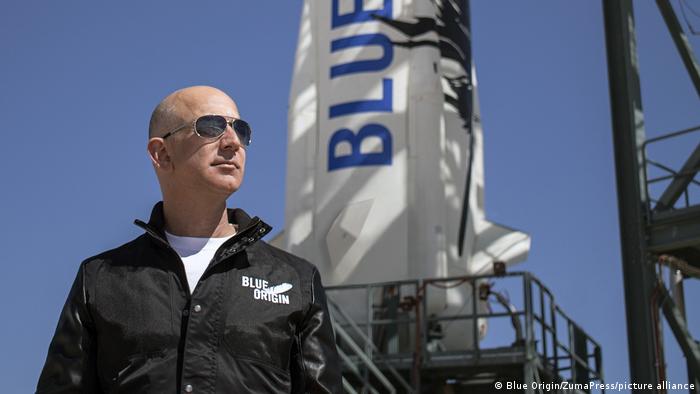 Jeff Bezos, the founder and Chief Executive Officer of e-commerce giant, Amazon is planning to launch himself up into the Earth’s orbit to become the first billionaire to go beyond the surface of the planet to the edge of the world. The founder who has confirmed to step down from his position as a CEO of Amazon still remains one of the richest personalities in the world and he wishes to fulfill his dream and satisfy his inner space enthusiast by going into the Earth’s orbit.

It was the man himself who announced that he would be going to space for a total of 11 minutes along with his brother and a winner of an online auction. Thus, in total of three people will feel complete weightlessness as soon as they enter into the Earth’s orbit. According to sources, the trip is planned for July 20 on Jeff Bezos’ tourism rocket called “New Shepard”.

Having said that, insurers aren’t quite thrilled about one of the richest people on earth going into space and putting his life in danger along with two other people, one of which is his own brother. Insurers are certain that this is a bad idea! While they are known to cover even the most idiosyncratic risks, space tourism and space travel is not one of them and we pretty sure know the reason why.

Space tourism or rather commercial space tourism has not become a common thing yet and it is pretty rare for insurers to ask people to get this insurance. As mentioned in a report by Reuters, NASA and the United States government do not buy liability cover when they launch manned rockets into Space for missions. However, NASA astronauts are eligible for government life insurance programs, confirms a NASA spokesperson.

Jeff Bezos’ Blue Origin will provide training to the three passengers, a day before their flight including the mission overviews, mission simulation, instructions on in-flight activities, and safety briefings.

As mentioned in a report by Reuters, insurers need iron-clad contracts from commercial space travel companies, stating that they will bear no burden or liabilities if a passenger dies during a flight into Space.