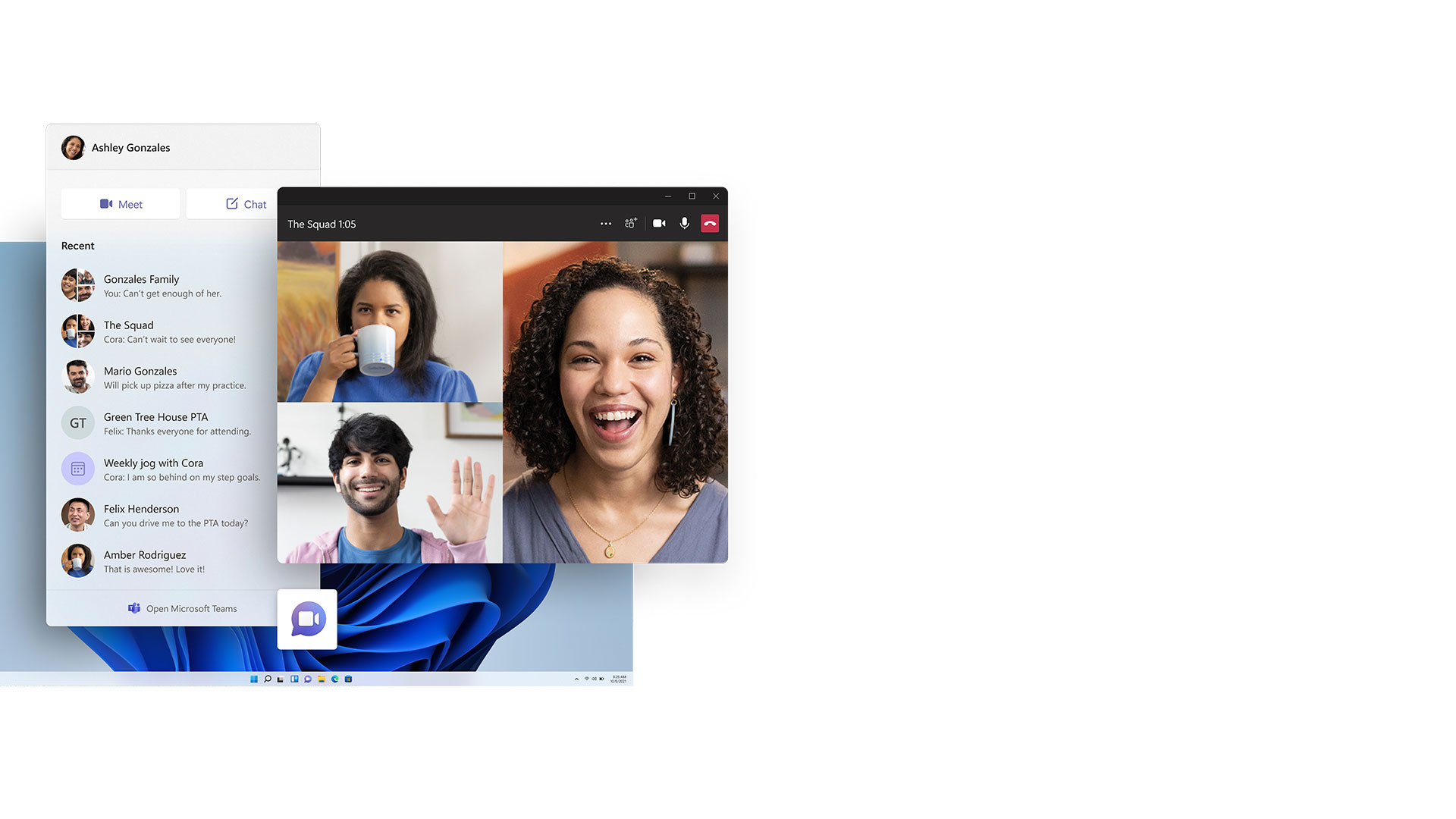 Microsoft has recently unveiled the next generation of Windows, reportedly called the “Sun Valley” update but commonly named “Windows 11”. The next iteration of Microsoft’s Windows Operating System brings the biggest changes in the most popular Operating System of all times with a visual overhaul and a bunch of new features. The future-ready Windows 11 is finally here and everyone is excited to get hands-on experience of Windows 11 OS, the beginning of an all-new era.

One of the most prominent features that Microsoft has employed, according to analysts and users, is the deeply integrated Microsoft Teams in the Windows 11 software update. The pandemic hasn’t been an easy ride for most of us and video conference is the next generation of meetings and conferences for which Microsoft has developed “Teams”, the tech giant’s answer to Zoom and FaceTime.

As mentioned in a report by The Verge, Panos Panay of Microsoft previewed the integration of MS Teams within Windows 11 and explained how this deeply woven integration will make it a lot easier, faster, and efficient for users to create and join Teams meetings. Until now, the application had to be downloaded as a separate app from the Microsoft Windows Store but with the new Windows 11 update, MS Teams will be well integrated within the Operating System itself with its own dedicated placement in the Windows 11 Start Menu.

According to Microsoft, Windows 11 users will now be able to connect through text, chat, voice call, or video call with all their friends, family members, office colleges for personal, professional, or no reason at all, using your contacts. Users can connect across Windows, Android, and iOS platforms via their MS Teams integrated on Windows 11. For users who do not use MS Teams or haven’t downloaded the app yet, you can still connect with them via two-way SMS, as mentioned in a report by The Verge.

Teams has become one of the biggest Zoom rivals since its launch and back in April, Microsoft Teams daily active user count crossed over 145 million. Recently, this month, the Windows-maker has also launched its free consumer version of MS Teams and earlier this month, the company also tested out the “front row” layout that is meant to come later this year.

Since the pandemic began, video conferencing has become fairly popular to host official meetings and connect with your friends and family, and now, as the lockdown eases and offices start to open up again, many companies and organizations are switching to a hybrid work mode. With new features coming to MS Teams, workers and employees will be able to attend meetings remotely from home or anywhere through the platform with the most efficient and productive workflow with Windows 11 integrated Microsoft Teams.