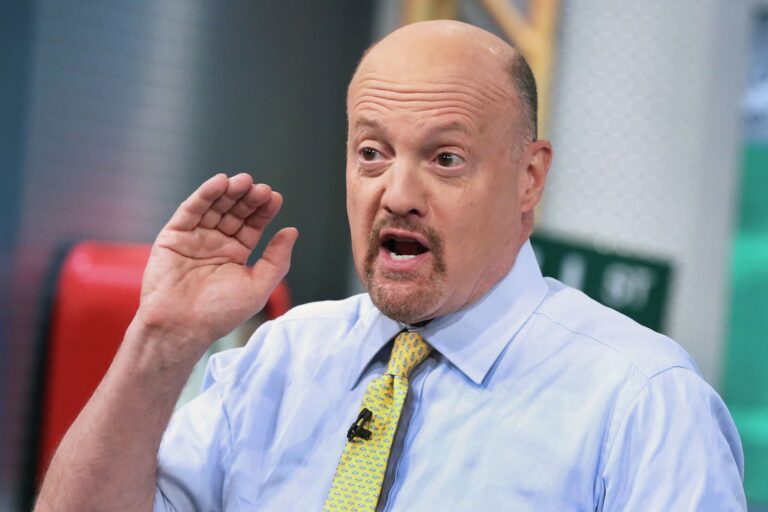 Jim Cramer expects Bitcoin to reach $12,000 in the crash

Bitcoin has broken below the previous all-time high and is trading below $18k right now. However, the price action suggests that this is not the bottom, and we are going lower. Even Jim Cramer expects Bitcoin to reach $12,000 in this bear market. A while back, he advised people to invest in crypto as part of a diversification strategy. In fact, Jim also said that the safest options are Bitcoin and Ethereum, and he also holds ETH.

Jim recently talked about Bitcoin on CNBC, where he was asked whether he believes Bitcoin can fall another 50%. He said that it might go to $12k, where the price was before the “while fiasco” began. Cramer then also went ahead to talk about Micsrostragegy, the largest corporate holder of Bitcoin, with 129,218 coins on its balance sheet.

There were rumors regarding a margin call that the company might face due to the falling prices of Bitcoin. Michael Saylor, the CEO of the company, debunked the rumors and said they wouldn’t face any margin call till $3,562. If the price falls below that, the company will post some other collateral. He also said it looks like a good time to buy now.

Jim Cramer commented on this situation, saying that if the lender changes the margin rates, then Micahel would be liquidated. However, it wouldn’t be wrong to assume they have some sort of agreement in place.

The price of Bitcoin has slipped below $20k recently, and it is now trading at $18k. But the current price is nowhere near what many industry experts are targeting. Robert Kiyosaki, the author of Rich Dad Poor Dad, who has time and again advocated for Bitcoin and is a major bull, has given a price target of $9k. Fund manager Jeff Gundlach also expects BTC to drop to $10k. It looks like most fund managers and analysts are expecting a bottom around $8k-$12k.

The biggest change that’s happened in this bear market is the price slipping below the 2017 ATH. It could also mean that the claim of never facing losses if an investor holds for 4 years could also be void.

What are your thoughts as Jim Cramer expects Bitcoin to reach $12,000? Where do you think we will see the bottom? Let us know in the comments below. Also, if you found our content informative, do like and share it with your friends.