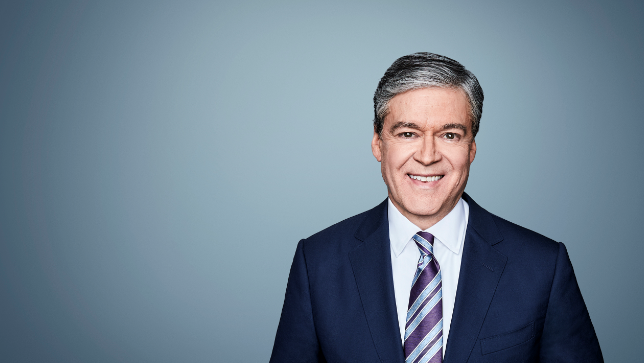 It seems like CNN is going to be in the spotlight for quite some, for all the wrong reasons. It was only a day before that the statements made by CNN hosts Brianna Keiler and Jeff Zeleny resulted in an online meltdown. As criticism and scrutiny over the media outlet are increasing with every minute, the exit of John Harwood, a White House Correspondent for CNN has sparked fresh fury among liberals. Harwood’s exit after calling Donald Trump “a dishonest demagogue” on air suspiciously coincides with the entry of the new leader of the channel who is leaning towards a more politically neutral voice in its coverage. Read along to know more about Harwood’s exit from the channel.

It is a well-known fact that politically loaded statements often turn into dynamites that can shake the foundations of society. There is no better proof of this than the backlash faced by CNN hosts over their disagreement over posting Marines in the background of Biden’s nationally televised speech. And now CNN is again under scrutiny after John Harwood, a White House correspondent for CNN announced his exit from the channel on Friday through his Twitter account. The exit comes a day after he made a favorable statement about President Joe Biden’s nationally televised speech in which the president stated that Republican forces loyal to Trump jeopardized American democracy.

“The core point Biden made in that political speech about a threat to democracy is true. Now that is something that is not easy for us journalists to say,” Harwood said on CNN following the address.

He also said that ” We are brought up to believe there are two different political parties with different points of view, and we don’t take sides in honest disagreements between them. But that’s not what we are talking about. These are honest disagreements. The Republican party is now led by a dishonest demagogue.” Soon after the news of his exit from CNN followed.

today's my last day at CNN

proud of the work

thanks to my colleagues

look forward to figuring out what's next

There wasn’t any immediate response or comment from CNN regarding Harwood’s abrupt departure nor was there any clarification about whether his exit was the aftermath of his statements supporting Biden and criticizing Trump. All we got from CNN is a statement appreciating Harwood’s work and wishing him the best for the future.

The news of Harwood’s exit sparked an array of discussions on Twitter with several prominent individuals calling out CNN and its probable political propaganda. Let us flip through a couple of reactions and responses on Twitter.

Good morning to all who, like me, no longer tune in CNN, in light of the networks fall into Fascism. #CNNIsTheNewFox

Harwood reportedly knew Friday was his last day and he used his last hours to address the "dishonest demagogue" leading the GOP. Fascist management at CNN no longer tolerates Truth. #CNNIsTheNewFox https://t.co/00BGZ7bx1u via @HuffPost

Goodbye CNN. You laid down with dogs and got up with fleas. The last one there, turn the lights off. #CNNIsTheNewFox https://t.co/cfD5ZRZ3zs

“We’re brought up to believe there’s two political parties with different points of view and we don’t take sides in honest disagreements. But that’s not what we are talking about … the Republican party … is led by a dishonest demagogue” – @JohnJHarwood –https://t.co/tMzFc4NnQa

John Harwood has an audience

So did Brian Stelter

Tremendous loss for CNN—and the nation. He had told the truth about Trump’s war on democracy. And CNN didn’t want that? https://t.co/frbW0XNOgF

Thank you for the integrity you brought to this profession. Your reporting and analysis were exceptional.

Wishing you the very best, my friend. And yours is quite a journalistic resume indeed!