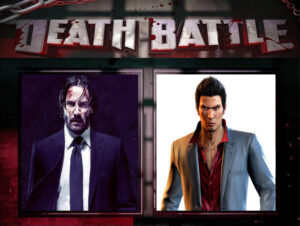 Twitter has got yet another topic to mull over and to entertain itself with. And this time, it is something as cool and poised as “John Wick.” The whole chain reaction of responses centered on John Wick started followed an interview of Kazuki Hosokawa. In the interview, the game developer renowned for his masterpiece work, Yakuza games was warming up about the future plans he has in mind and how he is speculating over expanding the games to new directions and frontiers adding more elements to look forward to. Now, where did Joh Wick come from out of the blue? That is a rather good question. Because you and I are well aware of Twitter’s ability to extract the finest of details, at times even insubstantial, and tweak around until we get a whole new topic to talk about. The very same happened here.

He also confirms that Kazuma Kiryu is stronger than John Wickhttps://t.co/7eF10QuOVw pic.twitter.com/5W5eT1PYaT

In the interview, Kazuki Hosokawa indulged in conversation about the grand success of judgment, as it was an attempt at moving past the established practices and boundaries, thus adding to the sweetness of the success. The conversation carries all the more weight given the fact that the sequel to Judgement is all set to release this month. What better time to ruminate over the success?

For the uninformed, Lost Judgement is a spin-off to the much-loved and very popular Yakuza franchise. Although Yakuza games were predominantly a Japanese property, towards the end i.e. the last generation consoles witnesses Yakuza being embraced in the West, which is an understatement. Yakuza being a rage in the West might be more apt. This saw the exploration and addition of unexpected and rather exciting directions complete with experimental releases which added to the excited fervor. However, Judgement with its very different narrative was on a different page and that was the main reason behind its monumental success. People do not resist change always after all.

In the interview, Hosokawa-san also talked about the future of the Yakuza franchise and how the possibility of it leaving Japan behind in order to explore new countries cannot be completely ruled out. As the interview drew to a close, he was faced with a question about who was stronger, Kazuma Kiryu or John Wick. And without thinking much, he chose the former. Now you know where the sudden addition of “John Wick” to the trending list came from. Let us take a look at the tweets.

Yet another reason to appreciate Keanu Reeves

i will literally never shut up about keanu reeves as john wick pic.twitter.com/EbciN9yHGt

Ngl I saw John Wick trending in video games and got so excited but then got disappointed this was the first thing that came up pic.twitter.com/TnWCSXxNM6

And here is some bonus information.

"Kiryu is stronger than John Wick" is some real "my dad could beat up your dad" energy, I'm here for it