Josh Talks raises $3.5 million led by Ankur Capital, and others The upskilling platform was founded in 2015, and currently has average of 85 million views 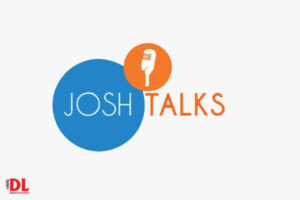 News from this week specifies how regional content and upskilling platform, Josh Talks raised about $3.5 million in a specific round led by Ankur Capital. Moreover this was in participation from other marquee investors as well. These investors include Paytm’s Vijay Shekhar Sharma, Better Capital’s Vaibhav Domkundwar, SUGAR Cosmetics’ Vineeta Singh, OYO’s Ritesh Agarwal, along with Ankur Warikoo, who was previously with Nearbuy.

The platform was founded in the year 2015, currently recorded to have an average of 85 million monthly views across the platforms. Moreover, it has extended into the spectrum of interactive educational courses through its launch of its Josh Skills app. This app offers more than 200,000 paid subscribers from the Tier II and Tier III of the country. The Indian Startup revealed these details in a statement this week.

This regional content platform is set to make use of these newly raised funds to improve its product. Moreover, in order to scale the Josh Skills app, along with going ahead to experimenting with new product lines serving up the aspirations of this particular user segment. Previously, the Indian firm had raised $1.5 million from the Media Development Investment Fund (MDIF) based in New York.

‘We have been able to understand the aspirations of young India..’

The company stated how over the past couple of years, they had doubled down on two particular aspects. These included developing their ‘distribution across 10 languages,’ along with making a product that  ‘monetises’ their specific distribution network. They went on to state how they had been successful in understanding ‘the aspirations of young India,’ going ahead to build one of the biggest online communities. This, they pointed out, directed them in the way of their app, Josh Skills with 0 CAC. These details were drawn by the Chief Executive and Co- founder of Josh Talks, Supriya Paul. She added how their aim is expand their services, and ‘strengthen their executive team’ with this new capital. Additionally, take their platform to every household in the country.

Indian startups have raised over $10 billion in the initial three months of this year. This is despite concerns over global headwinds possibly hitting the brakes on the momentum. Moreover, the deal sizes have also visibly grown as Series A rounds have clearly more than doubled to $20.3 million in Q1 2022. This is from $10.75 million in Q4 last year, with the average deal size at seed stage being $2.15 million in Q1 2022, as compared to $1.76 in Q4 2021, with it being $1.49 million in Q1 2021