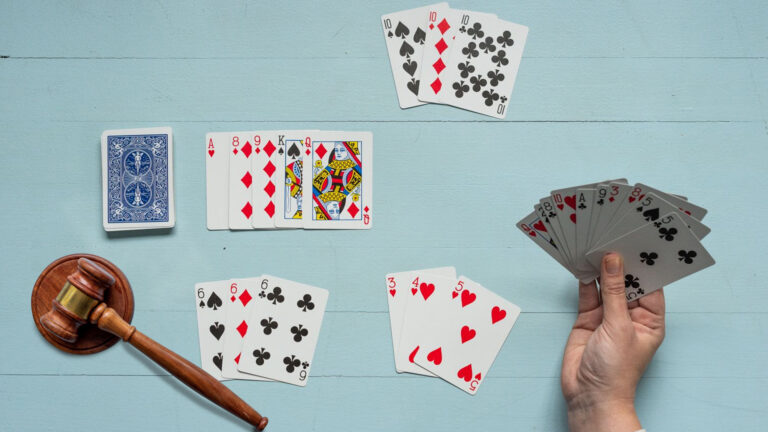 CM Pinarayi Vijayan Made the Announcement in the State’s LA

The Kerala Chief Minister Pinarayi Vijayan, speaking at the state’s Legislative Assembly in August, announced that the government was intending to bring a comprehensive and effective law amendment that would strictly regulate online games including rummy.

Moved by cases of people committing suicides after losing substantial amounts of money on online games, the cabinet is working on a new legislative amendment after the High Court of Kerala struck down a February 2021 amendment to the Kerala Gaming Act, 1960, which had attempted to ban online rummy when played for stakes.

The government has appealed the judgement before the High Court, and while waiting for development on the case, the police and other departments are raising awareness about issues related to online gaming through programs in educational institutions and are also taking strong measures against cyber crimes and fraud.

“Online gaming sites make it easy for anyone of any age, including children, to open an account for free. People are being offered big prize money. The practice of gaming companies is to first offer free games and then enslave them to gamble. The admins of the gaming sites will constantly monitor the game and motivate people to play more. Later, people will fall into a situation where they cannot escape from the pitfalls,” CM Vijayan explained.

“With the popularity of online rummy games, mobile loan apps and online loan advertisements have become widespread. Those who have lost money through games are taking loans and playing again,” the Chief Minister added.

State-Level Regulation on Online Gaming Is Not Effective

The Union Constitution has delegated the power to legislate over games of chance, gambling and betting to the states. This might have been a sensible provision back in a time when only physical gaming houses and cash transactions existed, but now, in the age of internet and online casino real money games, such an arrangement can hardly be effective.

This is mainly so due to the very nature of the internet which transcends national and state borders. Even if IP bans are implemented, a person who has decided they want to check out an online baccarat game, for example, can use a proxy or VPN service and crypto currency and play anything they want.

Another major reason lies in the fact that the Constitution stipulates that only the national parliament can adopt legislation with extra-territorial application and thus state-level laws can have no effect on organisations or individuals located outside of the country.

Besides Kerala, a number of other states, including Tamil Nadu and Karnataka, have attempted to place blanket bans on online gaming including on games of skill. In all these cases, the respective High Courts have struck down the prohibitions as contradictory to the Constitution.

Offering or playing recognized games of skill such as rummy are protected activities under Article 19(1)(g) of the Union’s main law as a fundamental right of practising free trade, business or occupation. Playing such a game for stakes or online doesn’t change its skill-based nature, the courts ruled.

The benches also observed that the blanket bans were unproportional and excessive in character because the governments that had enacted them had failed to demonstrate that less strict measures than a total ban on all types of games could not achieve the sought goals.

In their reasonings, the benches also noted the lack of scientific research and evidence justifying gaming bans besides “anecdotal references to suicides and perceptions of ‘evil’ addiction”.

A recent research conducted independently in public interest on “Suicide and Online Gaming” concluded that “there isn’t sufficient data available both before and after online gaming was legalized to correlate suicide with online gaming” and urged for a ‘rational’ regulation on the basis of further in-depth studies by the medical and scientific communities.

The study was provided to the Tamil Nadu government which had sought opinions of various stakeholders while considering future gaming bans or regulations after the state’s blanket prohibition was quashed.

The research pointed out that gaming bans are unintentionally dangerous, as they push players to go underground where fair practice is not guaranteed and no customer protection is available, and where people can be subjected to dubious or criminal debt collection methods.

Thus, the solution that can work and effectively mitigate the social costs related to online gaming is a scientifically based regulation on the Union level. This can be a broad framework that establishes a safe gaming environment for the public and a healthy business climate for providers, letting states elaborate on the details by legislation of their own.