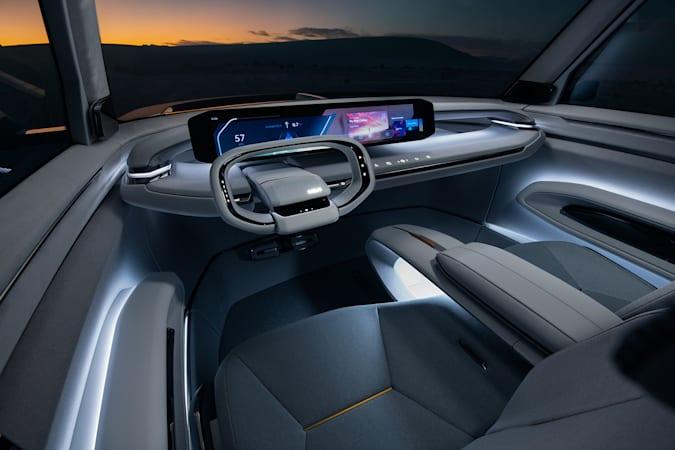 Kia announced its electrification plans at its 2022 Investor Day. Plans to have 14 fully electric models by 2027 and forecasts sales of 1.2 million EVs by 2030. Furthermore reveals the concept “Automode” to be included from EV9 SUV. It is the automakers’ autonomous driving tech that was first unveiled in concept form last November at LA Auto Show.

Furthermore, Kia’s roadmap builds on the “Plan S” development strategy which was announced in 2021. It included a plan to introduce seven EVs by 2027 along with new branding. Now the company doubles the plans by saying 14 BEV models are being made available by 2027 and a total sales of 1.2 million by 2030. Additionally, it projects 4 million vehicles sales annually by 2030. While automakers like Mercedes-Benz plan to only sell BEVs by 2030. Yet, the plans are ambitious as the sales of 160,000 units are aimed for this year and eventually selling 807,000 EVs by 2026 and then 1.2 million by 2030. To reach the targets, Kia will have to introduce two EVs per year. Among which a couple of those will be electric pickup trucks, including “dedicated electric pickup truck and a strategic model for emerging markets,” the company said.

In the near term, Kia plans to launch its flagship electric vehicle, the EV9 SUV, by 2023. The concept version it teased last year had squared-off Range Rover-ish lines, a massive 27-inch display, and a Tesla-like yoke instead of a steering wheel. Kia now says that it will be around 5 meters long, accelerate to 100 km/h (62 MPH) in five seconds, and travel 540 km (340 miles) on a charge — while giving you an extra 100 km of range with just six minutes of charging.

The EV9 will also offer over the air (OTA) and FoD (feature on-demand) services for the first time, allowing owners to easily update their vehicle’s software. “In addition, it will be the first model to be equipped with Kia’s advanced AutoMode autonomous driving technology,” it said. Automode will be “rapidly expanded” throughout its lineup after that.

Further details about Automode are not known. So far it is known as autonomous driving technology which will include “Highway Driving Pilot” that works for itself without driving intervention. It sounds like a level 3 autonomous technology. Regardless of the ability, releasing autonomous technology needs permits and following regulations. The automaker plans to sell EVs, PHEVs, and hybrid models all over globally. It is said that because of the success of Kia EV6 the plans are being ramped up by the automaker.