Gopax has suspended and blacklisted Russian accounts and IP addresses

Gopax, a South Korean cryptocurrency exchange, has suspended and blacklisted Russian accounts and IP addresses. Gopax claims that its limits are in line with sanctions against Russia imposed by the US Office of Foreign Assets Control and the European Union. The South Korean crypto exchange freezes around 20 Russian accounts. Binance and Kraken both maintain that individual user accounts on their systems will not be locked. 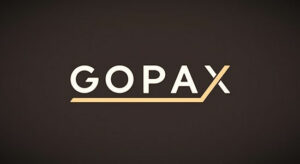 Gopax, a South Korean cryptocurrency exchange, stated on Wednesday that Russian accounts and IP addresses have been suspended and blacklisted from its site.

The exchange has reportedly suspended roughly 20 accounts belonging to Russian consumers, according to local media. Gopax claims that its limits are in line with the sanctions against Russia imposed by the US Office of Foreign Assets Control and the European Union.

Animoca Brands, based in Hong Kong, also announced on Friday that its services for Russian users have been discontinued. However, not all crypto exchanges agree, with Binance and Kraken stating that individual user accounts will not be frozen on their systems.

According to Bloomberg, Hong Kong-based Animoca Brands has shut down its services to Russian users, citing legal advice that compares Western restrictions against Russian firms to the blanket penalties against North Korea.

In a Bloomberg interview, Animoca co-founder Yat Siu remarked, “The legal advice we’ve been receiving is that we now have to apply some restrictions. It’s a sanctioned country on par with North Korea in terms of sanctions.” We risk becoming financially excluded from the banking system if we continue to do business in those locations.”

According to Bloomberg, Animoca subsidiaries Gamee and Lympo will quit serving their Russian user base, albeit the number of local customers isn’t large enough to affect the company’s bottom line.

Binance and Kraken, two of the most popular cryptocurrency exchanges, have stated that they will continue to provide broad Russian access to their services while complying with Western sanctions prohibiting access to specific Russian organizations and individuals, including Vladimir Putin and Russian Foreign Minister Sergei Lavrov.