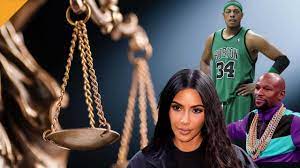 If you think Ethereum is in trouble, check out the rates for Ethereum Max (EMAX), the Ethereum-based cryptocurrency that gained notoriety last summer thanks to celebrity endorsements from Kim Kardashian, boxer Floyd Mayweather, and former NBA star Paul Pierce.

Now, a disgruntled investor issuing all three celebrities, alleging that they conspired with EMAX co-founders Steve Gentile and Giovanni Perone to inflate the token’s price and then dump it, leaving normal investors holding the (largely worthless) bag.

Huegerich alleged in a complaint filed in the United States District Court for the Central District of California that “Defendants hyped the company’s prospects and the opportunity for investors to make big returns due to the advantageous ‘tokenomics’ of the EMAX Tokens.” “In reality, defendants sold the EMAX Tokens to investors in order to profit from their piece of the float.”

Huegerich bought EMAX tokens between May 14 and June 17 and plans to file a class-action lawsuit as the lead plaintiff.

Mayweather made the ERC-20 token famous by wearing an Ethereum Max t-shirt to the Bitcoin 2021 conference in Miami in June, disregarding organizers’ requests that attendees remove non-BTC assets at the entrance.

EMAX sponsored a boxing match between Mayweather and Logan Paul later that month. Mayweather was fined by the Securities and Exchange Commission in 2018 for promoting initial coin offerings without disclosing that he was compensated for doing so.

Having previously linked to an EMAX event advertisement in May, Kim Kardashian shared an Instagram story with her more than 200 million followers the following week, promoting Ethereum Max with the #AD hashtag to identify it as a commercial.

“Are you guys into crypto????” a screen read. “This is not financial advice but sharing what my friends just told me about the Ethereum Max token! A few minutes ago Ethereum Max burned 400 trillion tokens—literally 50% of their admin wallet giving back to the entire E-Max community.”

A sacked ESPN analyst, Pierce was so enamored with EMAX token burning (in which tokens are destroyed to reduce supply and raise demand) that he burned any remaining bridges with the network after a video leaked of him gambling with adult performers during COVID.

Decrypt reached out to Ethereum Max for comment, but it did not respond. While retaining a presence on Twitter and social media, Ethereum Max has almost gone from public view, with less than $150,000 in transaction volume in the last 24 hours.

Also read: Zelda Inu: Everything you need to know