Zelda Inu: Everything you need to know 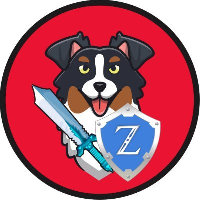 Over the past couple of years, we have been witnessing a surge in the overall growth and popularity of an industry that has managed to make its presence in the global marketplace, the cryptocurrency industry. Crypto has been around for quite some time now and has been more than successful in luring in potential investors from all across the globe, thus continuing to reach newer heights!

Cryptocurrency is nothing but a form of digital currency or simply a blockchain-based platform that is decentralized to its very core. As mentioned, the industry uses blockchain technology to operate, which also plays a major role in eliminating the risk of double-spending and counterfeiting entirely. Also, Being decentralized, the industry becomes more than capable of stepping outside the overall control and jurisdiction of central authorities and can work freely without any unnecessary government interference.

This virtual asset of yours can also be used for a variety of purposes including the purchase and sale of goods and services as well as for the purpose of trade and exchange over cryptocurrency exchanges online. Not just that, as you must already be aware, unlike when the industry was first introduced, there is an entire pool of currencies for you to choose from today, with newer ones coming in with each passing day and numerous investors joining in every hour.

Speaking of a lot of currencies available today in the marketplace, it is worth noting that, some of the most popular ones for you to choose from includes Bitcoin, Cardano, Binance Coin, Ethereum, Dogecoin, Baby Doge, Polkadot, EverGrow Coin as well as PancakeSwap to name just a few of course. 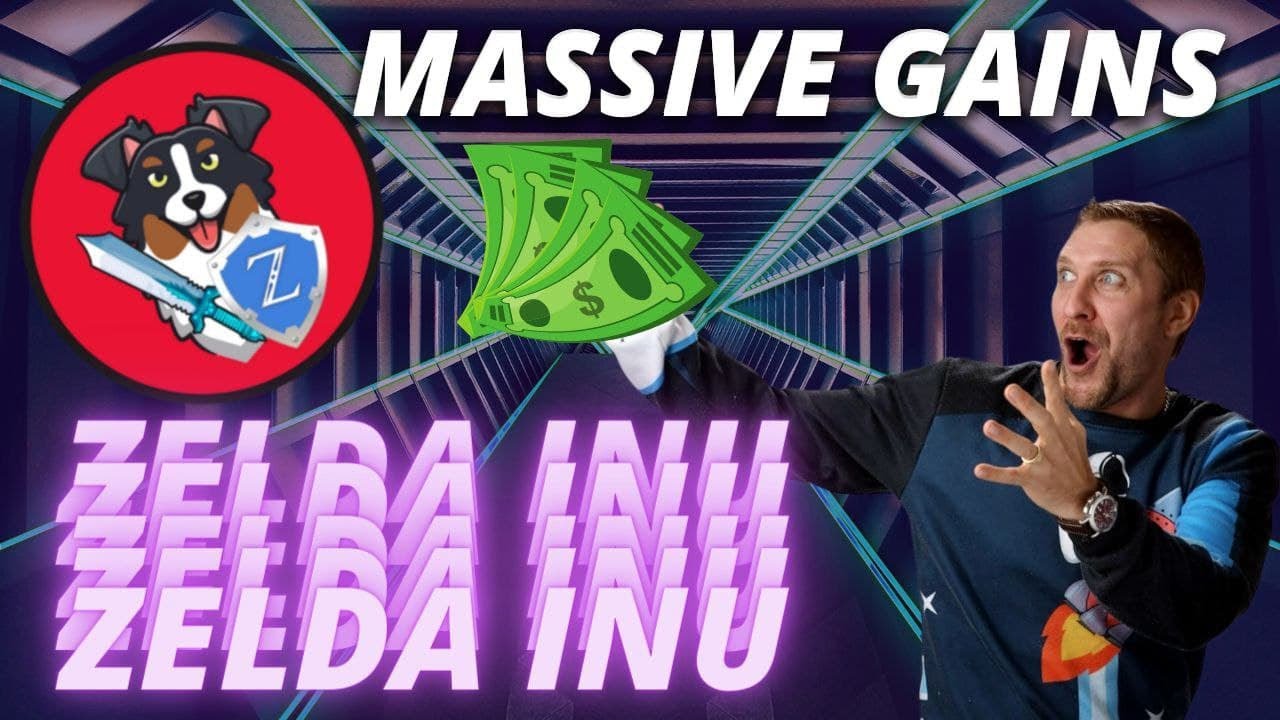 Being such a huge success lately, one of the things that comes to mind is the reasons for all of this to happen so quickly. If so, let me help you with that. Some of the major contributing factors for this extraordinary success of the industry include its portability, the convenience it offers, ease of use, its intuitive nature, high-profit margins as well as the uncertainty of course.

Now that you have a brief backstory about the crypto world, you will be able to have a much better understanding of what we have with us today, Zelda Inu. To know more, I suggest you read further!

Everything to know about Zelda Inu (ZLDA) 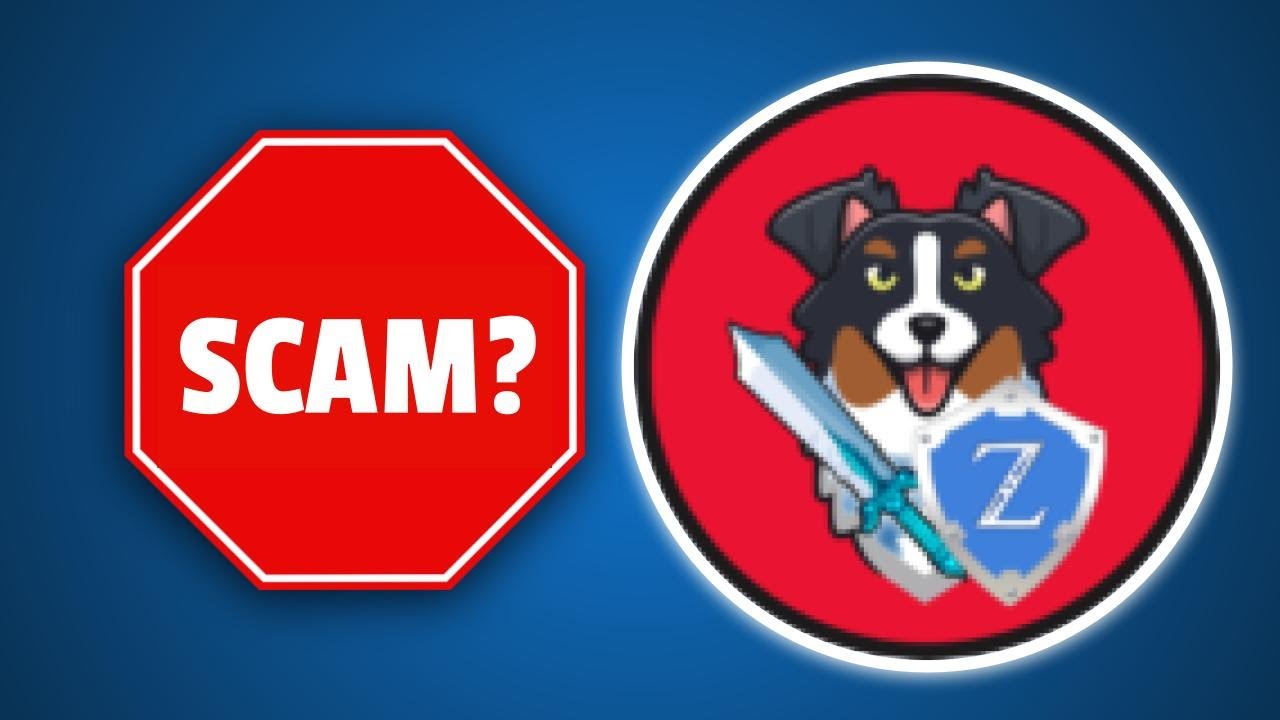 Zelda Inu or as commonly referred to as ZLDA is nothing but a decentralized token that is said to be focused on revolutionizing the way we look at cryptocurrencies in general. As per the platform’s website, Zelda Inu describes itself as a first-of-its-kind token that is fully transparent with one core value, helping dogs in need by simply funding the rescues that save them!

Also, it is worth noting that, Zelda Inu is not just your average lackluster meme coin, having zero use cases. Instead, it is a real project with a fantastic community drive to save pets in need as well as tokenomics of course. Not just that, the platform is said to have a solid vision of what it wants to achieve and seems very confident in what it has planned.

Other than this, it is worth noting that, ZLDA is the native utility token of Zelda Inu which can be used for a variety of purposes on the platform itself. Moving further, you should probably know that, Zelda Inu is a decentralized symbolic that is known to have been developed on the Binance Smart Chain (BSC) that as mentioned, is heavily focused on making a real-world impact.

In addition to this, the overall tokenomics of the platform are said to include an allocation for dog rescues as well as charitable events of similar interests. By now, some of you might be wondering as to how exactly did the platform get its name? if so, allow me a chance to explain. Zelda Inu was created in memory of one of the founder’s late dogs Vienna, with a  primary motive of assisting and funding animal shelters as well as rescues all across the globe. 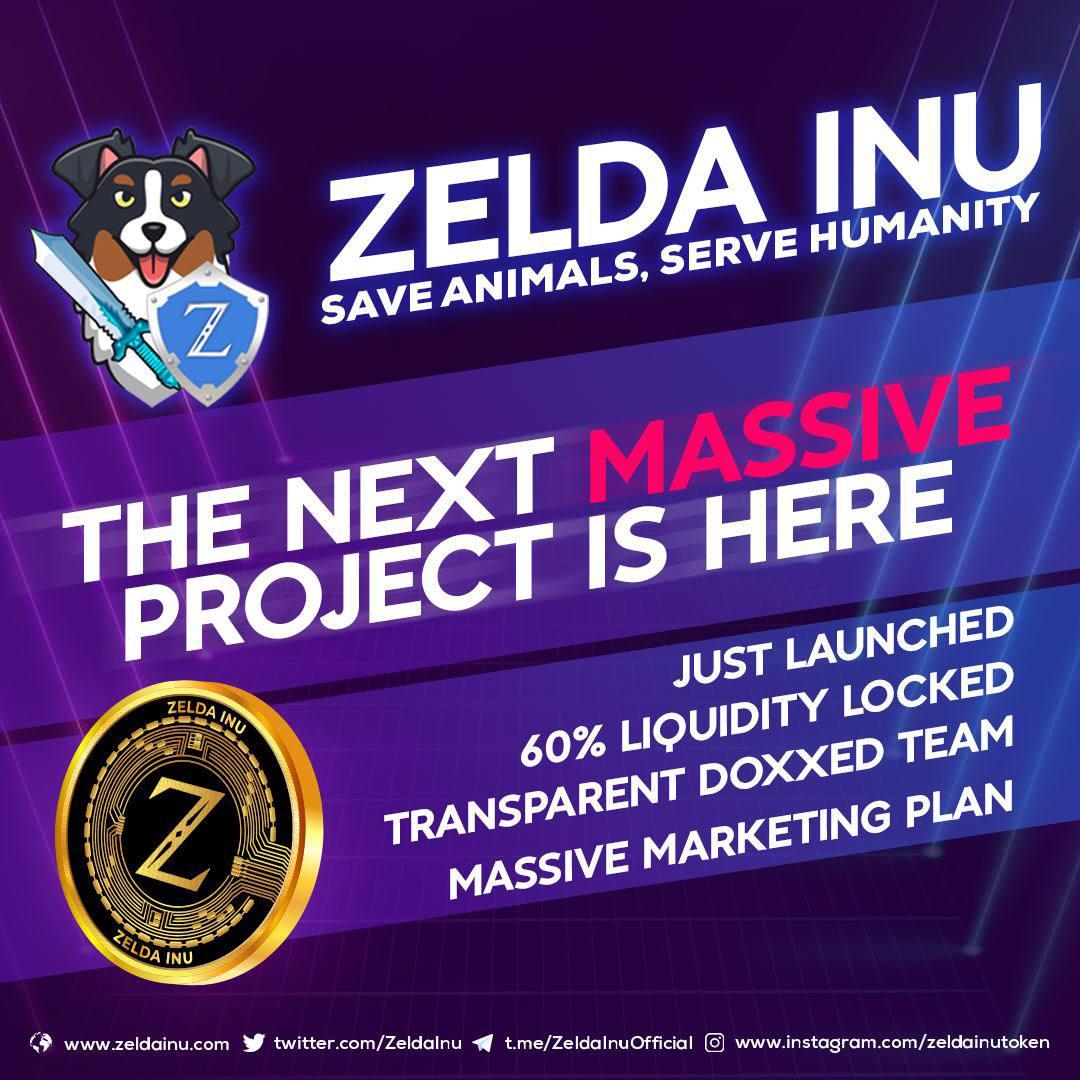 As mentioned previously, Zelda Inu is fully transparent, which according to the team, will help in differentiating their project from others in the marketplace and build confidence in interested investors. On a similar note, the team at Zelda Inu truly feels that there are many coins available today in the marketplace but you don’t often see them having big goals to achieve and the developers are there just to make a quick buck, while not really caring about your investments and time.

It also says that, it is best if you as investors don’t fall for this trap and instead, invest in a coin that has a transparent team, true goals, as well as long-term locked liquidity! Furthermore, the overall outlined plan of the platform shows a clear path working towards their ultimate goal, that as mentioned is to fund shelters and rescues that are there to take care of the animals we love.

However, the team at Zelda Inu also commented that there are many tokens in the marketplace that have managed to use dogs for making profits, clearly referring to Dogecoin as well as Baby Doge, which has been a huge success in the Crypto world but, Zelda Inu plans on being the first to stand up together and help the animal community!

Now that we have talked much about Zelda Inu, some of you must be wondering, whether or not it is a good idea to invest in the platform? If that’s the case, then let’s find out, shall we? 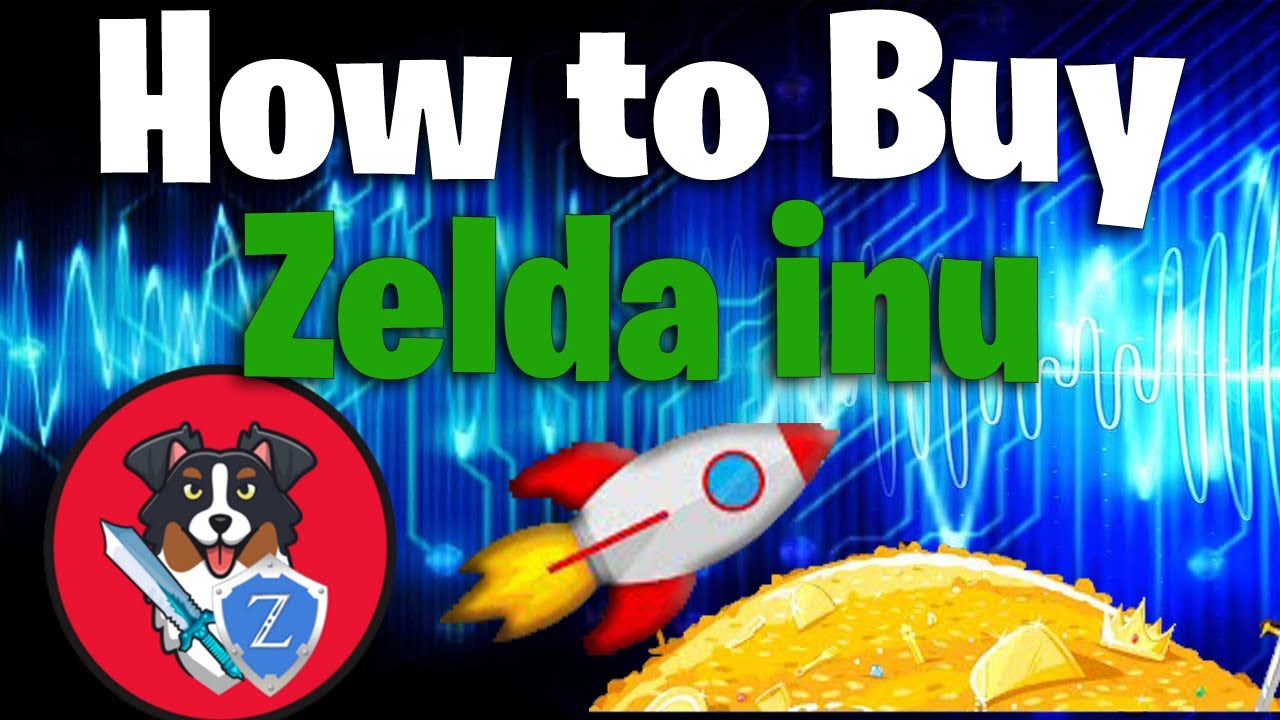 As of today, the price of Zelda Inu is about 0.098829 US dollars with a twenty-four-hour trading volume of 4,080,720 dollars. Not just that, in just the past twenty-four hours, the value of Zelda Inu has gone up by 29.58 percent, and though unfortunately the current market cap and the current circulating supply of the currency are not yet available, ZLDA is currently placed at #2964 position as per the CoinMarketCap rankings.

Also, it is worth mentioning that, the maximum lifetime supply of the token is about 600,000,000 ZLDA coins and in just the past week alone, the price of the platform has risen by 208.37percent.

Reading so far, you must have gotten a fair understanding of the platform and by now, you should be able to figure out on your own whether or not investing in Zelda Inu is the right thing for you to do. Seeing what it has to offer when combined with its performance in the recent past as well as its plans for the near future, I certainly believe that Zelda Inu can prove to be a profitable investment in the near future, which is likely to provide you with higher returns and it is a possibility that your current investment may increase in value. But again, nothing can be said or sure! 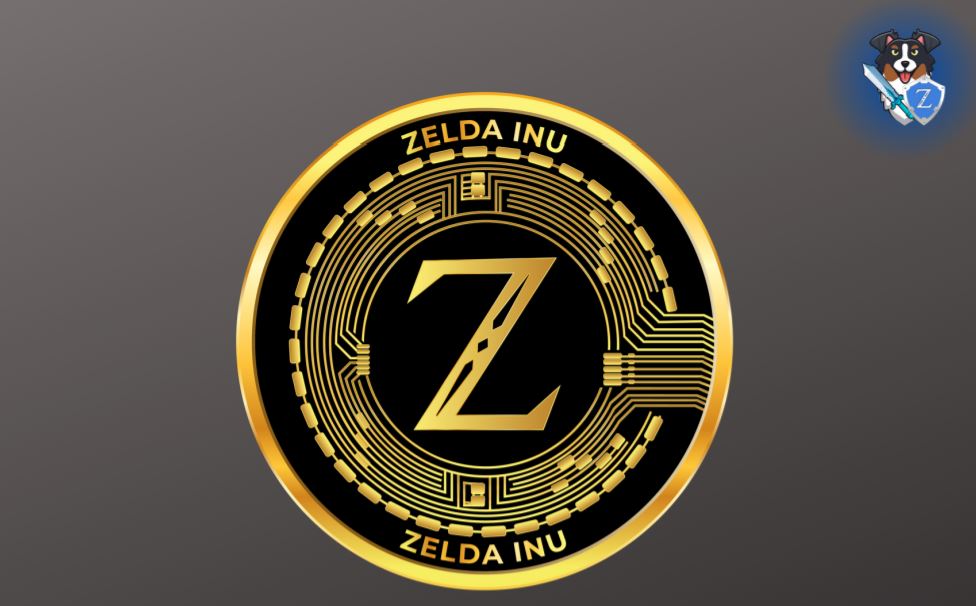 As mentioned at the very beginning, crypto is a highly volatile marketplace and is extremely uncertain. Thus, It is very important for you to understand the fact that just like any other currency in the crypto marketplace, Zelda Inu does have its own risks as well and you should invest only if you are willing to take those risks and bear any and all losses if at all necessary.

If you are wondering, where can you buy Zelda Inu? Let me help you with that. Currently, Zelda Inu is not really available on all major crypto exchanges as some cryptocurrencies are harder to obtain as and when compared to some others in the marketplace and unfortunately, Zelda Inu is one of them. As a result, one such popular exchange on which ZLDA is easily available is PancakeSwap (V2), and seeing the current performance of the token, it seems like, it might soon be listed on all major cryptocurrencies exchanges.

In conclusion, what are your thoughts on Zelda Inu? Do let us know in the comments area below. To know more about various cryptocurrencies, do check out other articles we have on our website. Thank you for your time & if you found our content informative, do share it with your investor friends!