As cryptocurrencies become more mainstream, Investors should be aware of speculative crypto tokens promoted by celebrities and social media influencers. That was the message from the Financial Conduct Authority’s chair, Charles Randall, who cited media figure and socialite Kim Kardashian’s recent crypto advocacy in his pleas for investors to be cautious.

“When she was recently paid to ask her 250 million Instagram followers to speculate on crypto tokens by ‘joining the Ethereum Max Community,‘ it may have been the single most successful financial promotion with maximum audience reach in history,” Randall said in prepared remarks for a speech at the Cambridge International Symposium on Economic Crime on Monday. 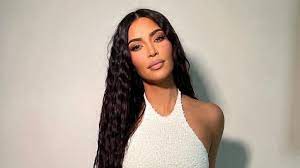 According to him, Kardashian “didn’t have to mention that Ethereum Max — not to be confused with Ethereum — was a speculative digital token developed a month ago by unknown developers — one of the hundreds of such tokens that flood the crypto exchanges.”

A spokesperson for Kardashian has been contacted for comment. While Randall admitted he didn’t know if that particular token was a scam, he did point out that “scammers often pay social media influencers to assist their pump and dump new tokens based on sheer conjecture.” Some influencers advocate coins that later turn out to be fake.” It’s because it’s impossible to predict how long any crypto token will last because there are no assets or real-world cash flows to support their valuations, but that doesn’t stop individuals from investing due to a fear of losing out.

“There is no shortage of instances of people who have lost money by being enticed into the crypto bubble by delusions of rapid riches, often after listening to their favorite influencers, who are willing to betray their fans’ trust for a fee,” he said.
He reiterated that while 2.3 million Britons presently own these types of tokens, 14% of them bought them with credit, increasing the risk of loss. Around a quarter of a million people, he claims, believes they are covered by the Financial Services Compensation Scheme in the United Kingdom if things go wrong. “To be clear, the FCA does not regulate these tokens.

The Financial Services Compensation Scheme does not protect them, according to Randall. “If you buy them, you should expect to lose everything.” According to Randall, crypto-asset promotions must be regulated to include paid advertising on online platforms, and regulated organizations must demonstrate that they have addressed the hazards of unregulated activity involving digital tokens. When it comes to publicly traded companies that deal in cryptocurrency, investors in the United Kingdom have few options.

The FCA has repeatedly warned against the risk of cryptocurrencies, claiming that because the assets are not backed by the UK government’s financial services compensation scheme, investors could lose all of their money.

Also read: Bitcoin flash crash: Why did it happen and should you worry?