The SEC sent a subpoena to the company, which went public on the Nasdaq stock exchange in April, less than three months after it introduced a product called Lend that would let users earn double-digit returns on USDC deposits on its platform. Consumer banks, on the other hand, provide less than a basis point for savings accounts, so this is a considerably better deal. 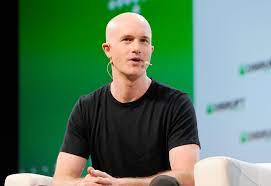 The exchange contacted the SEC about its yield product, according to Brian Armstrong, and the SEC informed Coinbase that the offering is security but provided no assistance on compliance with current regulations. Brian Armstrong added in a tweet: “They refuse to tell us why they believe it is a security, instead subpoenaing a bunch of our records (which we comply with), demanding testimony from our employees (which we cooperate with), and then threatening to sue us if we forward with the launch, with no explanation.” 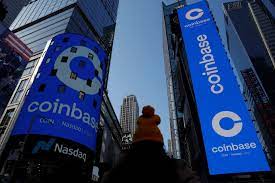 During a visit to DC earlier this year, the SEC “refused” to meet with the CEO, according to Armstrong. “The SEC was the lone authority that declined to meet with me, claiming that ‘we don’t meet with any crypto firms,'” Armstrong stated. “We were the first crypto company to go public in the United States at the time.”Coinbase’s chief legal officer, Paul Grewal, wrote in a blog post that the company has “been aggressively engaging with the SEC about Lend for nearly six months.” He predicted that if the product went live, the SEC would sue: “Despite Coinbase’s decision to remove Lend from the market and provide thorough information, the SEC has yet to explain why they believe there is a concern. Instead, they’ve told us that if we launch Lend, they’ll sue. We requested the SEC even again if they would disclose their explanation with us, and they refused.”

1/ Some really sketchy behavior coming out of the SEC recently.
Story time…

BlockFi, a cryptocurrency financial services startup, has also come under fire for a similar offering that pays consumers a high payout when they park stablecoin with the company. The firm has been accused of breaking securities regulations and laws in five states.

2/ Millions of crypto holders have been earning yield on their assets over the last few years. It makes sense, if you want to lend out your funds, you can earn a return. Everyone seems happy.

Coinbase offers alternative yield-generating services via proof-of-stake protocols including Ethereum 2.0 and Tezos, in addition to plans to offer a dividend on USDC held by the company. According to a source, the SEC’s decision does not affect staking.

Also read: Bitcoin flash crash: Why did it happen and should you worry?