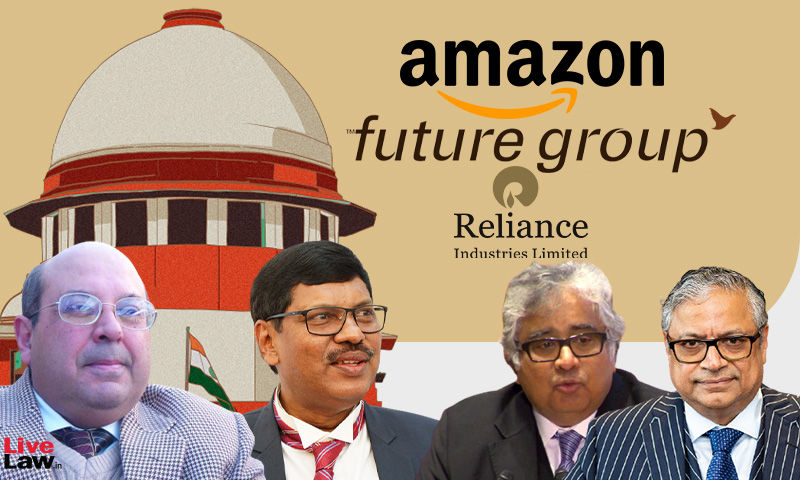 Future Group has petitioned the Supreme Court for a special leave to appeal the Delhi High Court’s decision against it in March of this year. Future Retail Ltd., its promoter entities, founder Kishore Biyani, and several others were found in deliberate breach of the emergency arbitrator’s interim order, which went in favour of Amazon.com Inc in October 2020, by a single judge bench led by Justice JR Midha.

The Rs 27,513 crore deal between Future Group businesses and Reliance Retail Ventures had been placed on hold by the emergency arbitrator. Delhi High Court was approached by Amazon.com NV Investment Holdings LLC for implementation of the interim arbitrator’s judgement.

After issuing an interim order on October 25, 2016, the EA of the Singapore International Arbitration Centre (SIAC) stopped Future Group from completing the sale of the company’s retail and wholesale businesses, as well as the logistical and warehousing businesses, to Reliance Industries.

SIAC had approached Amazon, which owns a 49 percent share in Future Coupons Ltd, one of Future’s unlisted companies. “We would like to inform you that, based on information received from the Company’s promoters, Future Coupons, Future Corporate Resources, Akar Estate and Finance, Kishore Biyani, Rakesh Biyani, and other members of the Biyani family… have filed a Special Leave Petition in the Supreme Court of India to challenge and set aside the orders.”

It was also said that these procedures are likely to be listed and heard by the Supreme Court. “We will keep you updated on any subsequent developments in the situation,” Future Retail said.

Amazon, an investment in Future Coupons, which is a shareholder in Future Retail Ltd, has objected to the acquisition. On August 6, the Supreme Court upheld Amazon’s plea. It had ruled in Amazon’s favour, holding that a foreign country’s EA judgement is enforceable under the Indian Arbitration and Conciliation Act.

The Supreme Court interpreted various clauses of the Arbitration Act last week in upholding the legality of an emergency arbitrator. It had come to the conclusion that no appeals against Section 17 enforcement orders are contemplated by arbitration legislation (2). The provision states that an arbitral tribunal’s interim order will be enforced in the same way as a court order under the rules of the Code Of Civil Procedure.

In so doing, the Supreme Court ruled last week that the Delhi High Court division bench could not have delayed Justice Midha’s enforcement order. As a result, the Future Group has filed a Supreme Court petition.