The “Kobe” collection, which will be released on the NFT platform Cryptograph, comprises eight black and white images of the basketball player taken in 1999. The Mamba & Mambacita Sports Foundation, a nonprofit organization dedicated to funding sports programs in marginalized regions, will get 100% of the earnings.

Bryant and his daughter, Gianna, died in a helicopter crash on January 26, 2020, and the charity was renamed to commemorate their memory. Gianna was known as “Mamacita,” while Kobe was known as “The Black Mamba.” 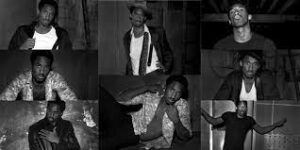 Davis Factor of Smashbox Studios took the images before Bryant’s illustrious sporting career reached its pinnacle. The shooting, which Factor described as “a dream come true,” took place at an abandoned meatpacking factory in downtown Los Angeles without electricity, according to Factor.  Bryant, who was 21 at the time of the photo session, was focused and driven, according to Factor.

Factor stated, “He was able to remove the basketball Kobe and go into this portion.” “I also got to see his artistic side, which was fairly wonderful.”The collection has been in the works for months, according to Tommy Alastra, cofounder of Cryptograph and a friend of Factor. To mark the platform’s first year anniversary, “Kobe” will be followed by other series.

“I’m ecstatic that my friend Davis Factor has agreed to let us immortalize these rare Kobe Bryant images, and that these Cryptographs will help to promote his legacy and foundation,” Alastra told Insider.

This year, NFTs have become increasingly popular. The volume of NFT transactions topped $1 billion in August alone. NFTs are digital representations of artwork, sports cards, and other collectibles that are connected to a blockchain, usually ethereum. Each NFT has a unique signature that can be validated in the public ledger and that cannot be copied or changed. 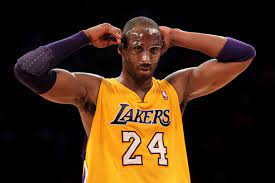 When individuals purchase NFTs, they are purchasing the rights to a one-of-a-kind token on the blockchain, rather than the artworks themselves. NFTs are intriguing to artists and collectors since the information on a blockchain is nearly difficult to modify.

Experts feel, however, that the sector is still in its infancy and that it has a long way to go before becoming more mainstream. Interoperability, scalability, and accessibility are among the challenges it still faces, according to experts.

Also read: Missouri town to offer $1,000 to residents in Bitcoin