How to know if your iPhone is tapped

If you’ve been on the phone and heard a weird sound, such as a click or static, and worried if your phone was being tapped? If that’s the case, you’re not alone. Many people are worried that their personal and professional conversations may be exposed. 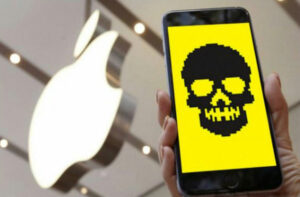 The question these days isn’t whether or not someone can tap your phone; it’s whether or not it’s lawful. Cell phone technology has advanced to the point that tapping someone’s phone, even the newest iPhones, is conceivable and even quite simple. There are a number of software applications available for this purpose that are simple to install on someone’s iPhone, but you must be able to keep the phone in your possession long enough to input the product code and approve the software’s installation on the iPhone you want to tap.

Finding out if you’re dealing with a phone tap or some random problems might take some detective work. You may not be dealing with a spy app or other tapping device if you’ve only seen one of the symptoms listed below. However, if you meet several, it’s possible that someone is listening in on your conversations.

Unusual Noise in the Background

When on a phone conversation, you may hear pulsing static, high-pitched buzzing, or other odd background noises, which might indicate that your phone is being tapped. When you’re not on a call, you could hear odd sounds like beeping, clicking, or static, which could indicate that your phone has been tapped. Strange noises do appear on mobile and landline conversations from time to time, so this isn’t always a clear sign that something is amiss.

It’s conceivable that tapping software is operating silently in the background and draining battery power if your phone’s battery life is suddenly much less than it used to be, or if the battery heats up when the phone is being used.

If you can’t think of anything you’ve done differently, you may look up specific information about what’s draining your battery in your phone’s settings or download an app to get a better picture of what’s going on.

If you use such applications frequently, it’s probable that they’re draining your battery. However, if you didn’t use them frequently, something unusual may be happening on, such as a malware tapping your phone. It is suggested that you delete the app.

Having Trouble Shutting Down

Someone may have obtained unauthorised access to your smartphone if it has suddenly become less responsive or has difficulties shutting off. Check to see if the shutdown fails or if the backlight remains on after you’ve completed the shutdown procedure while you’re shutting down your phone. If that’s the case, dangerous software or a bug caused by a recent phone update might be to blame.

Odd texts – Receiving strange SMS text messages with jumbled letters and numbers from unknown senders is another big indicator that someone is attempting to tap your phone.
POP-UP Advertisements – Unusual pop-up ads and inexplicable performance difficulties might be signs of malware or a tapping programme. However, a more typical reason is that an irritating advertisement is attempting to sell you something.
Moving or shifting icons – The network activity icons and other progress bars at the top of the screen should not be animated while you are not using your phone. Moving indicators that show activity might suggest that your phone is being used remotely or that data is being sent in the background.

Personal information shows up online – Another method to detect whether your phone is being tapped is if personal information that is solely saved on the phone has been released online. Notes, emails, photos, and any other data you’ve saved on your phone should stay there until you disclose it to the world on purpose. A hacker might remotely take your data and post your sensitive files online if your phone is tapped.

When your phone is near other electronic devices like a laptop, conference phone, or television, it’s fairly unusual to have interference.

It shouldn’t happen while you’re not on a call, so check to see if there’s any static or interference when you aren’t on a call. If you place your phone near another electrical equipment and hear strange sounds, it’s possible that someone is listening in on your conversations.

Some tapping devices employ frequencies close to those used by FM radio. Your phone may be tapped and interfering with your radio if it makes a high-pitched sound when set to mono and phoned to the far end of the band.

The same is true for UHF (ultra-high frequency) television broadcast frequencies. Bring your phone close to an antenna-equipped television to see whether there is any interference.