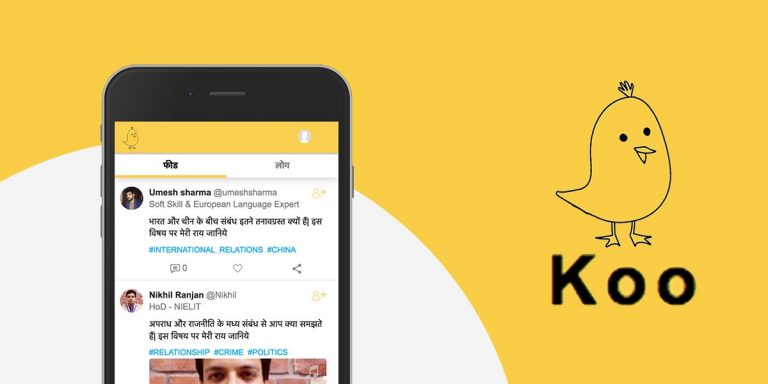 Koo bags $4.1 million funding in Series A round led by 3ne4 Capital

Koo is a Bengaluru-based microblogging platform that allows users to connect, engage and comment in over 13 Indian regional languages including Hindi, Telugu, Kannada and Bengali.

Recently, the microblogging start-up has announced to have raised USD 4.1 million in its latest Series A funding round led by 3one4 Capital, a Bengaluru-based Venture Capital firm. According to several sources, it has been confirmed that existing investors Dream Incubator, Accel Partners, Kalaari Capital and Blume Ventures also participated in Koo’s latest financing round.

Koo application was founded last year in March 2020 by Aprameya Radhakrishna and Mayank Bidawatka who are also the co-founders of vernacular language Q&A platform, Vokal.

Coming back to the funding, the Bengaluru-based start-up mentions utilising this latest infusion of funds to expand its technological capabilities and hire new talents to increase its user base in the country. Other than this, the start-up aims to strengthen its marketing team as well.

Aprameya Radhakrishna, Chief Executive Officer at Koo India says that existing microblogging websites have not been able to expand and grow beyond the English language-speaking population. He further added that Koo platform enables users to voice their thoughts and opinions irrespective of the language barrier. Koo is one Indian platform that will amplify the voices of this country.

As mentioned in a report by Indian Startup News, the company claims to have recorded over 3 million downloads of its platform on Google Play Store. Koo says that it has over one million active monthly users on its platform including famous celebrities such as Ashish Vidyarthi, Sadhguru, Ravi Shankar Prasad, Anil Kumble and BS Yediyurappa- Chief Minister of Karnataka.

Mayank Bidawatka, co-founder, Koo India says that their platform allows influencers to interact with their local community by having conversations with their followers and fans on the topic of mutual interests.

India is developing and advancing into a technology-based nation and start-ups that leverage technology are the only survivors. Koo app is in accordance with Prime Minister Narendra Modi led initiative ‘Atmanirbhar Bharat’ and has also been recognised by the government for winning AatmaNirbhar App Innovation Challenge which was held back in August last year.