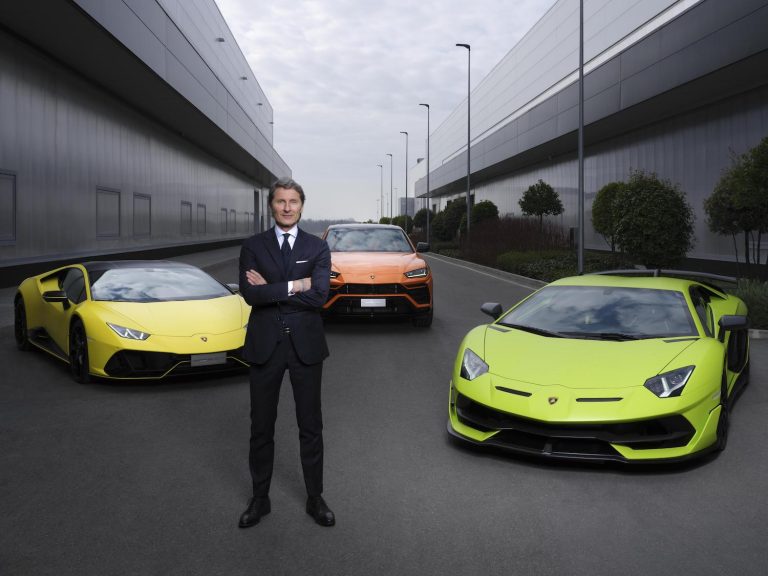 As Lamborghini is shifting towards EV partially, it’s behind compared to the competitor, Ferrari. As said by Lamborghini’s CEO, their fully electric car is expected to come by 2025.

Part of Volkswagen Group, Lamborghini is known for high-performance sports cars. Sports car companies are racing to produce electric vehicles, competing with each other, among which is Ferrari.

Furthermore, the main concern with their shift to gas-electric hybrid is because they don’t want to lose their existing visceral performance. And the current models Huracan and Aventador sports car would now be hybrid models as they shift. Also, the Urus sports utility will be in hybrid models as told by the chief executive.

Accordingly, Lamborghini is preparing with a 1.5 billion euros investment in the coming four years. So far, this is the largest allocation towards shifting to electric vehicles.

Additionally, the CEO, Stephen Winkelmann, “Lamborghini’s electrification plan is a newly-plotted course, necessary in the context of a radically changing world, where we want to make our contribution by continuing to reduce environmental impact through concrete projects.”

Interestingly, Lamborgini already released mid-engine sports cars in alliance with Sian and Sian Roadster in 2019. These were using V12 engines, 6.5-liter capacity. And the models used a supercapacitor, instead of a traditional lithium-ion battery.

The system had 819 horsepower capacity, with a top speed of 218 mph. All these models were sold, which is probably why the company plans to rely on hybrid models rather than fully electric.

Despite the reasons, the company is now known to be slow with progress. Embracing electric vehicles despite chip shortage and other issues has become common. But, Lamborghini is one of those automakers, who want to keep their existing customers happy.

And as infrastructure is yet to be developed, as well as automakers finding alternative solutions to shortage parts. It is expected that it will be a while for automakers to fully supply the required demand.

As the company already has a hybrid model two years ago, they possibly have sufficient experience to produce fully electric. However, the question of will the company really keep up with this electrification is unknown.

Talking about the electric supercar, Winkelmann says, “For sure, it’s the torque and the acceleration. And also to fill the gaps now when you shift the gears and helping you to have a constant curve, which is, in my opinion, the things that they are going to appreciate the most.”

Hybrids are most popular in Europe and are considered a transition phase.