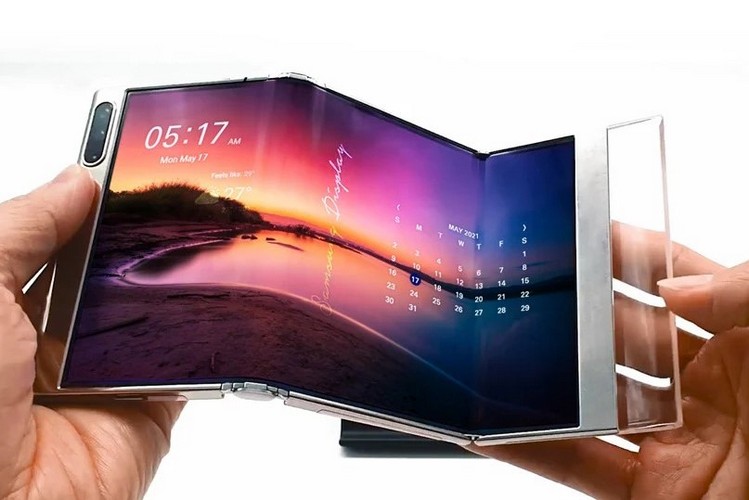 Samsung is one of the most dependable and well-known display panel manufacturers. We’ve seen the Korean behemoth provide Apple and Xiaomi with some of the finest displays on the market, including OLED and foldable displays. Samsung teased that it is working on the first “multi-fold” show at SDI 2021.

After the launch of Samsung’s first Galaxy Fold smartphone in 2018, the company has introduced a number of foldable devices to the industry. None of them, however, have a multi-fold architecture.

As a result, displaying an S-Foldable OLED panel suggests that Samsung is eventually working on a bi-foldable Galaxy unit, which may be included in the company’s foldable product portfolio this year.

Aside from the bi-folding screen, Samsung Display demonstrated two other concept displays: a slidable display panel and a wide 17-inch panel with a hinge that allows the computer to be folded in half. A laptop OLED monitor with an under-display camera was also seen in the video teaser.

The slidable monitor has no folds and extends the screen’s height by sliding out horizontally from the right side. The 17-inch foldable display, on the other side, has a 4:3 screen ratio when unfolded, making it a good fit for tablets and other large-screen portable devices.

Finally, Samsung demonstrated a display panel with an embedded sensor. The panel is designed for upcoming notebook devices and does not have any folds or sliding mechanisms.

The Under Panel Camera (UPC), which was first hinted at earlier this year, is located at the top and underneath the display. This results in a show that is truly edge-to-edge, with virtually no bezels.

Overall, these display panels show off Samsung’s upcoming smartphones and their form factors. Later this year, we could see the company release at least one device using these new display panels. You can see the official Samsung monitor technologies promotion right here: