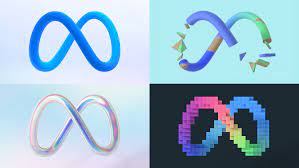 A lawsuit filed as a class action on behalf of Apple Customers has alleged that Meta is still collecting confidential user information with the help of third parties websites. The iPhone manufacturer had said after its iOS -14 update in the year 2021, that apps on iPhone would not be able to track users’ online records without their consent.

The lawsuit filed in the San Franciso Federal Court has revealed that the social media giant Meta in a change of its strategy now inserts codes into third-party websites, which allows it to gather user data using its platform. Java scripts were allegedly inserted into the third-party sites, links or contacts Meta user interacts with on the internet.

Reports bring out that, the Apple update in its iOS in the year 2021, which restricted the apps from sharing user data online, until they were allowed, is believed to have contributed significantly to the losses of the company, as Meta saw a loss of 10 billion dollars in the year 2021.

Meta is now able to collect personal data of users, including, personal text chats, data related to health, and data related to user interaction with third parties asked at the time of logging by Meta. The social media giant is now also able to monitor, store and even intercept user information regarding, passwords, address details, and various other private information, the lawsuit alleges.

“Meta can and does intercept, view, monitor, and record all user interactions — every button and the link they tap, as well as text selections, screenshots, form inputs (including passwords, addresses, and payment card numbers), other personally identifiable information, protected health details, and other private and confidential communications.” the lawsuit said.

In the year 2019 Meta paid more than five billion dollars in a case involving misleading users about their ability to control user data in a settlement of the lawsuit. The lawyer Kiley Grombacher, in its suit, has said that the despite the promise and people protesting over privacy, Meta refuses to comply, and continues to misuse user data without the consent of users. The researcher Kiley Grombacher asked the court to stop the practice of Meta has said that, this policy is an infringement of user laws which include, California law and federal law against wiretapping.

A spokesperson of Meta in its statement has said that a built app does not infringe upon the privacy of users which also includes how the company uses the user data for advertisement purposes.