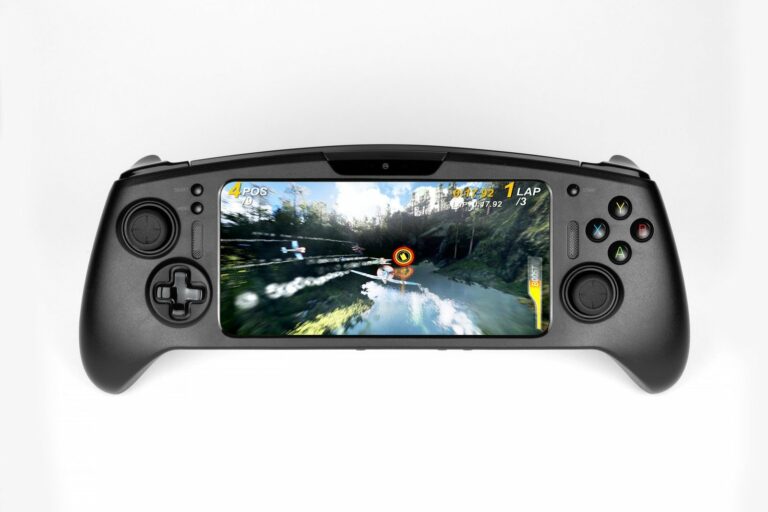 Razer and Qualcomm are rumored to be working on a Snapdragon-Powered Handheld Console. A leaked slideshow published by VideoCardz calls the device the “Snapdragon G3X Handheld Developer Kit”, suggesting it will primarily target software developers and manufacturers to help them create their own hardware and software based on Qualcomm’s mobile gaming platforms. Leaked slides allegedly intended to be shown at Qualcomms’ annual tech summit in Hawaii, obtained from VideoCardz, showcase a device called the Snapdragon G3X Handheld Developer Kit. Taking into account the name of the laptops, Qualcomm and Razer may try to target the developers directly.

Qualcomm’s G3x is a gaming-optimized chip based on flagship snapdragon architecture with Qualcomm’s Kryo processor and an Adreno GPU. Qualcomm has collaborated with Razer to develop a dev-focused handheld device using the chip, which will be used to drive future software and hardware developments. From what it looks like Qualcomm is going through an evolution of mobile gaming as now the company seems very interested in moving to dedicated consoles powered by their own Snapdragon G3x chipsets. Qualcomm expects other hardware makers to use the G3x chipsets in their gaming devices. With its new G3x platform, Qualcomm claims to fill a niche that allows Android games to work just like they do on consoles or PCs.

It’s great to see that Qualcomm taking the gaming market seriously, as it is now focusing on developing platforms like Nintendo Switch, and providing other manufacturers with the required set of tools to make their own gaming platform. Qualcomm not only assembled a bunch of chips and wished game console developers a smooth journey, but also took a very tricky step by creating a development kit in collaboration with game veteran Razer so that software developers can get started.

The production equipment is developed by the afterburner. Qualcomm announced today that it will enter the gaming market with its own handheld gaming devices and cooperate with Razer, a well-known gaming peripheral company, to create devices based on Qualcomm’s new flagship mobile chip.

The two companies have worked together to create a prototype of this device, which runs on Qualcomm’s new SoC called the Snapdragon G3x, designed specifically for dedicated mobile gaming devices. The chip debuts in a portable development device released by Razer, a manufacturer of gaming peripherals and computers.

Although we don’t have much information about the Snapdragon G3x Gen 1 chipset that powers G3x handheld devices, the company says that compared to it, the chip will provide better tactility and other additional features, which should improve The gaming experience on the console. Qualcomm and Razers prototype will be able to run all types of Android games, it will be able to stream from cloud gaming libraries like the Xbox Cloud Gaming or even Steam Remote Play, and play games from local game consoles and PC. Rumored specs are like this, It will have a 120Hz HDR OLED display and a 6,000mAh battery that is charged via USB-C. and will be advertised as being able to stream games from your local console, PC, or Xbox Game Cloud service.

Both Qualcomm and Razer are trying to change the mobile gaming ecosystem with a new type of handheld console. They can work together to make the G3x handheld mobile gaming consoles attractive enough to justify the cost and hassle. Mobile gaming will keep on evolving, and the G3x chipsets are one way that OEMs can serve this fast-growing market.

But since both Sony and Microsoft do not make handheld gaming systems, the aging Nintendo Switch platform, and Valves Steam Deck have yet to prove their worth, Qualcomms’ vision is another possible path forward for future consoles, mobile games. While the Razers Dev Kit is looking more like a conventional gaming handheld than a modular console, some suggest that more modular designs could be brought to the platform. The G3x chip also features a tactile gamepad experience, which Qualcomm promises to be more advanced and gamer-optimized than what is available on phones.

The announcement shows that Qualcomm wants a big portion of the booming gaming market in which both AMD and Nvidia are seeing colossal growth, as game consoles from Microsoft, Sony, and Nintendo use their chips. According to Qualcomm, the device is currently not slated for release to the market. In the past, the company has built similar products with mobile hardware development kits. The Snapdragons G3x is Qualcomm’s fantastically creative solution to reach the gaming demand for all-new features for the manufacturer, introducing heavy GPUs, 5G connectivity, the ability to power external displays, immersive audio capabilities, haptic feedback, and a host of other features.