Lee Jared Fixel, the American capitalist is back to investing in India after an intermission of almost two years. The former Tiger Global fund manager is back on track with investing in local startups and the first investment by the big Bull of India has been recently made.

Fixel is an eight-time Midas List investor who quit Tiger Global after 13 years, keeping the reason a secret from the company and media.

Just over a period of two years, Fixel has launched “Addition”, a $1.2B fund in the United States, led funding rounds for Inshorts worth $35 Million. Inshorts is a news and information service platform which was even backed by Fixel when he was working for Tiger Global back in 2015. He cut the company a startup cheque of $4 million. 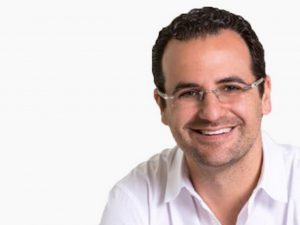 Lee Fixel entered the Indian market at a time when it’s New York-based former employer Tiger Global has been deeply active in the Indian startups and closely monitoring the market from a distance. Scott Shleifer took over the Private Equity branch of the firm after Fixel quit the company. A recent big investment made by Tiger Global includes Byju’s and Zomato.

The company has said that this new fund will be used to promote its recently launched new app called Public that will work on location-based updates and news, from jobs to classifieds. The new Public app intends to connect the local communities of India and become a one-stop platform for all local information and needs.

In a recent revelation by a trusted source, Inshorts was operating at a net worth of $13 million in revenue and overall 6% of profits after amortization, depreciation, taxes etc. After this recent funding of $35 million, the revenue worth of the company is known to cross $125 million which is huge.

Lee Fixel, the capitalist’s biggest win in the Indian market was Flipkart’s acquisition by Walmart which was worth $16.5 Billion back in 2018. This sale drifted Shleifer further away and Tiger Global started focusing on consumer internet companies and SaaS companies under the leadership if Shleifer.

In addition to the big investments that Fixel has made in India over the years, his latest investments include Security company- Snyk, mental health startup- Lyra Health, Cross border payment processing company- DLocal and many more.