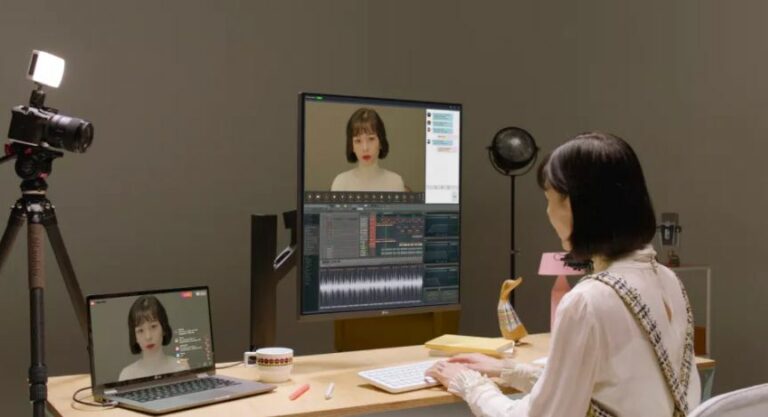 At a time when homeworking is becoming increasingly widespread, having an extra screen area for multitasking is a very typical request.

While many of us will have purchased a second screen or an ultra-wide monitor in preparation for the new age, LG has something a little different to offer you.

The LG DualUp is 27.6 inches diagonally, but because to its unusual 16:18 aspect ratio, it won’t take up much horizontal room on your desk, instead of presenting a higher and slimmer profile.

It boasts “the same screen real estate as two 21.5-inch monitors and includes a vertical split view capability that allows users to see more in one glance,” according to the manufacturer.

That means it has an uncommon resolution of 2560×2880 (good luck finding that option in Call of Duty: Vanguard’s settings), and the rest of the specs sound decent enough, with 98 percent DCI-P3 color gamut coverage, up to 300 nits of brightness, and a 1,000:1 contrast ratio.

Two HDMI ports and three USB-C ports are also included (one upstream and two downstream). They aren’t Thunderbolt, but they can charge up to 96 watts of external devices.

Clearly, it’s designed for multitaskers juggling Slack/Teams notifications and whatever else is on their minds, but why would you choose the LG DualUp over an ultra-widescreen or many screens?

It’ll undoubtedly appeal to people with limited workspace, especially because it comes with an Ergo stand that can attach to “most” desks, but LG is also touting its health advantages. The portrait orientation should help “decrease side-to-side head motions, the leading source of neck strain,” since a taller display is naturally closer to eye level, encouraging better posture.

There’s no news on pricing yet, but the screen will debut on January 4 as part of LG’s virtual CES 2022 presentation, with a more traditional 32-inch 4K UltraFine screen with LG’s “Nano IPS Black panel,” which LG promises will deliver “realistic and subtle black tones.”

If we look at the LG DualUp monitor, we would definitely see that this monitor will be a great choice for all the gamers and even working professionals as it provides a greater wide aspect ratio covering more content on the screens.